The husband of Australia’s now former ambassador to Spain is accused of sexually abusing an underage girl. While rejecting the allegations, he allegedly admits to blowing raspberries on her belly button. 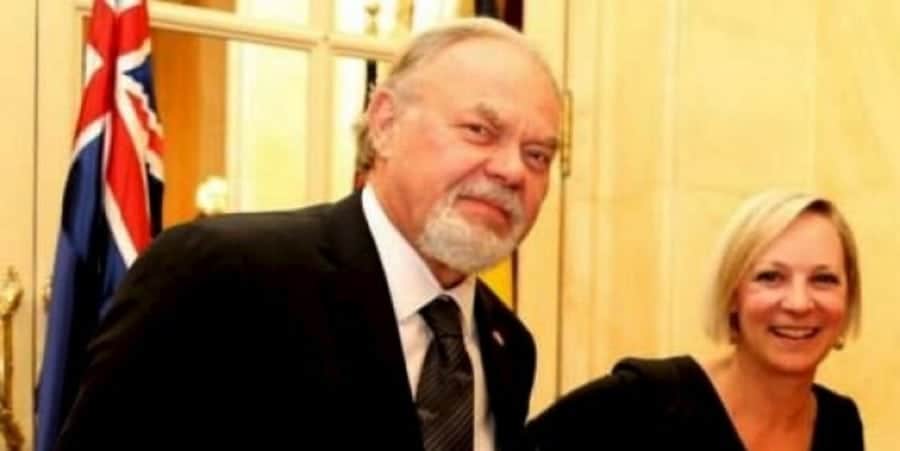 A case of alleged child molestation, involving the husband of Australia’s ambassador to Spain, is due to be heard in the ACT Supreme Court next month.

Mr Vytas Bronius Kapociunas, the 71-year old spouse of Jane Hardy – Australia’s now former ambassador to Spain – is accused of three charges of sexual intercourse with a child outside of Australia. He is committed to stand trial in the ACT Supreme Court in February, according to a report in Fairfax Media.

Ms Hardy’s identity and role with the Department of Foreign Affairs and Trade was previously subject to a temporary suppression order in relation to the case. That court order has now expired.

Kapociunas was arrested at Canberra Airport in September 2014 after allegations surfaced that he had sexually abused an underage girl.

He was charged with one count of sexual intercourse with a child outside of Australia and appeared in court in October. The two additional charges were laid last month.

According to court documents, the girl allegedly said: “I need to tell you a secret. I think Vytas really likes me, because he keeps kissing me.”

Police say the mother questioned her daughter further, according to the documents. Pointing to her groin area, the girl replied: “He kisses me on the lips, and here”, the documents state.

Kapociunas agreed to a police interview after the girl’s mother reported the conversation to the AFP, according to Fairfax.

In the interview, the ambassador’s husband denied abusing the girl but allegedly acknowledged he had kissed her when greeting and saying goodbye. He also allegedly admitted to giving his accuser piggy-back rides and blowing raspberries on her belly button.

A representative of Collaery Lawyers said in a statement to Fairfax Media that Mr Kapociunas denies the charges and will fight to clear his name.

“My client most emphatically denies the charges,” Chloe Preston said in the statement.

“He is bewildered by them and proposes to establish from numerous witnesses, including young persons with whom he has had contact over the years, that no impropriety of any sort has ever occurred.”

Ms Preston also said Kapociunas, who is a well-known artist and sculptor, is receiving counselling and has the support of his family and friends.

“The allegations are a terrible burden for himself and his wife,” she said.

According to Fairfax, The Department of Foreign Affairs and Trade say Jane Hardy returned by “mutual agreement” and have emphasised that “no allegations of inappropriate or illegal behaviour” have been made against the ambassador.

Ms Hardy is understood to have returned to Australia in November 2014, just two years into her three year term as ambassador to Spain, following her husband’s arrest in September at Canberra airport.

Kapociunas’s alleged overseas offences are currently before the courts under Australian Commonwealth law. In February, the case will appear for the first time in the ACT Supreme Court for directions.

A new Australian ambassador to Spain is to be appointed.