A lawyer, Navalny became a prominent regime critic a decade ago, when he created the Anti-Corruption Foundation and ran for mayor of Moscow. Funded by Russian donors, his national foundation collects stories of government corruption and produces YouTube videos that document, with drone footage, the secret luxury properties of government officials. 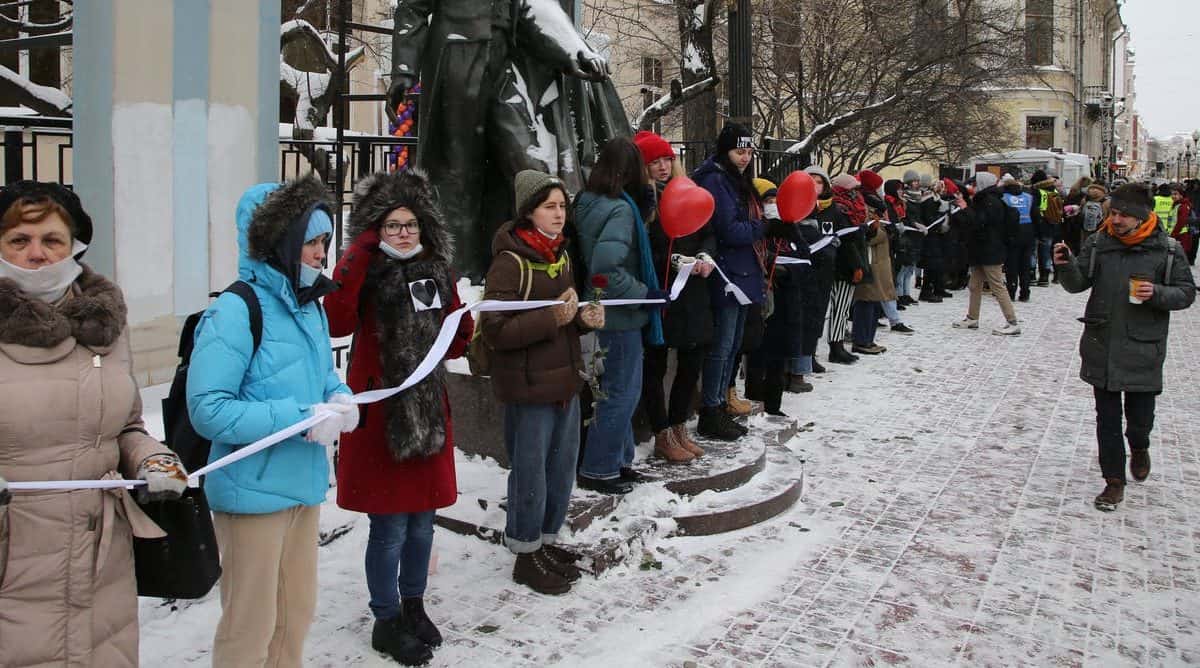 Tens of thousands of young Russians are protesting the leadership of Vladimir Putin nationwide in freezing temperatures. Thousands have been arrested.

Central to these well-organized protests is Russia’s opposition leader, Alexei Navalny. His courageous actions and words have inspired demonstrators to believe that they can change Russia.

As a scholar of Catherine the Great and the literature of Russia’s noble writers who served the empire, I pay attention to language.

Navalny uses some historically powerful words that speak to all Russians about the illegitimacy of their leaders and government.

A lawyer, Navalny became a prominent regime critic a decade ago, when he created the Anti-Corruption Foundation and ran for mayor of Moscow. Funded by Russian donors, his national foundation collects stories of government corruption and produces YouTube videos that document, with drone footage, the secret luxury properties of government officials.

Navalny is not a Moscow flash in the pan. Members of his team have built a presence in about 50 cities using their political party, Russia of the Future. He has suffered multiple arrests, convictions and physical attacks.

Last summer, Navalny was poisoned in an apparent assassination attempt, and the Russian government allowed him to be evacuated to a German hospital, where he recovered. One of his YouTube videos featured what he said was a member of the Kremlin’s security agency, the FSB, confessing that the agency poisoned Navalny. Supporters live-streamed his return to Moscow and arrest on Jan. 17.

Sentenced to nearly three years in prison on Jan. 22, Navalny made a courtroom speech that mocked the “performance” of justice.

Interrupted by the judge, Navalny repeated these sentences.

In that statement, Navalny used the term “proizvol,” a word that means arbitrary power, and is often translated as tyranny. Russians have used this word for centuries to describe the abuse of power at all levels of government and society. Like Soviet dissidents before him, Navalny is demanding that the government uphold its own laws.

Navalny echoes Russians’ historical wish: to live in a normal European country governed by the rule of law. Empress Catherine the Great – a German – first expressed this enlightened goal in her “Instruction” to her Legislative Commission as it began to review Russia’s laws in 1767: “Russia is a European nation.” https://www.youtube.com/embed/ipAnwilMncI?wmode=transparent&start=0 A video made and narrated by Navalny exposes the extravagant palace constructed for Russian leader Vladimir Putin.

Navalny’s ideas, his YouTube channel, his foundation and his political party embody one of the most powerful political concepts to arise in the past few decades.

Since the 1990s, philosophers such as Michael Walzer have revived the notion of “civil society” to empower citizen democracy in Eastern Europe and Russia. In this approach to society, nongovernmental organizations such as churches, clubs, unions, neighborhoods, foundations and political parties bring people together. They create civic networks that can check the power of government and promote the greater good.

These nonprofit organizations and advocacy groups in Russia were initially funded in the 1990s by the United States, the European Union and the philanthropist George Soros. Putin branded these organizations as foreign agents after massive demonstrations against his reelection in 2012 amid reports of election fraud by independent Russian election monitors.

Western notions of civil society resonated in Russia because civic duty has been essential to Russian culture for centuries.

In 1767, during the Scottish Enlightenment, Adam Ferguson published “An Essay on the History of Civil Society” to promote an idea going back to the Greeks. Ferguson wrote that in a civil society, the social, political and military elites had a civic duty to the greater common good. His great fear was that elites were too corrupted by privilege to do their duty.

Nineteenth-century philosophers such as Hegel recast Ferguson’s work and transmitted their ideas to the Russian intelligentsia. The notion of a duty to the public good was the lifeblood of the Russian nobility, who were compelled to serve in the military or civil service and ran the Russian empire.

Nobles like the writers Tolstoy, Dostoevsky and Turgenev exemplified those civic ideals in their novels – the novels that students in Russia read today to pass their Unified State Exams. Brought up on new and old notions of civil society, young people understand when Navalny says that his movement is not about him, but about them and their future.

The Russian government playbook has been to exile major dissidents abroad and delegitimize them].

But Navalny heroically returned to his country after the government’s assassination attempt, even knowing that he faced certain arrest and prison, and possibly death. His team has used his palpable bravery to mobilize demonstrators in some 150 cities throughout Russia.

The demonstrators were equally motivated by Navalny’s release, two days after his return, of the bombshell two-hour video “A Palace for Putin: The History of the Largest Bribe.” It documents Putin’s decades-old network of elite bagmen, his expensive mistresses and his luxury tastes for US$850 Italian gilded toilet brushes – which became a new protest symbol. An existential challenge to Putin’s legitimacy, the video has over 110 million views.

As Russians prepare for parliamentary elections in September, they sense that historic change may once again be possible – with the potential for a more democratic future.