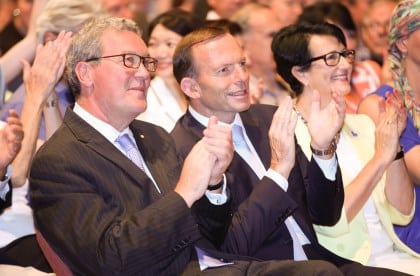 Alexander Downer, who served as foreign minister in the Howard government, has been announced as Australia’s next High Commissioner to the UK.

The new appointment, which had been rumoured for some weeks, was today formally confirmed by current foreign minister Julie Bishop.

Mr Downer will replace Mike Rann in the coveted Australia House diplomatic post. Mr Rann has served little more than a year as High Commissioner to the UK, having only assumed the role in February 2013 after being appointed by the then ALP government to replace John Dauth. The former South Australia premier will not be going too far though, having accepted a new post as ambassador to Italy, where his wife Sasha Carruozzo has family.

Labor’s Tanya Plibersek has expressed concern over the political motives of Mr Downer’s appointment and demanded an explanation from Ms Bishop on why her Liberal Party colleague was ”so abruptly” installed as High Commissioner.

”It is understood Mr Rann’s term was not due to expire for around 18 months,” Plibersek said.

”In a clear sign of how controversial such a blatantly political appointment is, the Abbott government kept its decision secret until after the state election in South Australia.

”The previous Labor government inherited Liberal appointments like Amanda Vanstone as Ambassador to Italy, who were given the opportunity to finish their terms.”

Plibersek also pointed out that the Labor government appointed former Liberal leader Brendan Nelson as Ambassador to NATO and former National Party leader Tim Fischer as Ambassador to the Vatican.

Until February this year, Mr Downer served as the United Nations Special Adviser to the Secretary-General on Cyprus, a role which he attained with the support of former Labor PM Kevin Rudd.

In taking on the London diplomatic post, Mr Downer makes a return to living in the UK. He was educated at Radley College in Oxfordshire while his father Sir Alec Downer served as Australia’s High Commissioner to the UK from 1963 to 1972.

IMAGE: Alexander Downer, Prime Minister Tony Abbott and Vickie Chapman (l-R) during the launch of the Liberals South Australian state election campaign on March 9, 2014. It has been announced that Mr Downer will soon assume the role of Australia’s High Commissioner to the UK. (AAP IMAGE/JAMES ELSBY)