Opposition leader Anthony Albanese says the ALP as an organisation had the right to determine who joined. 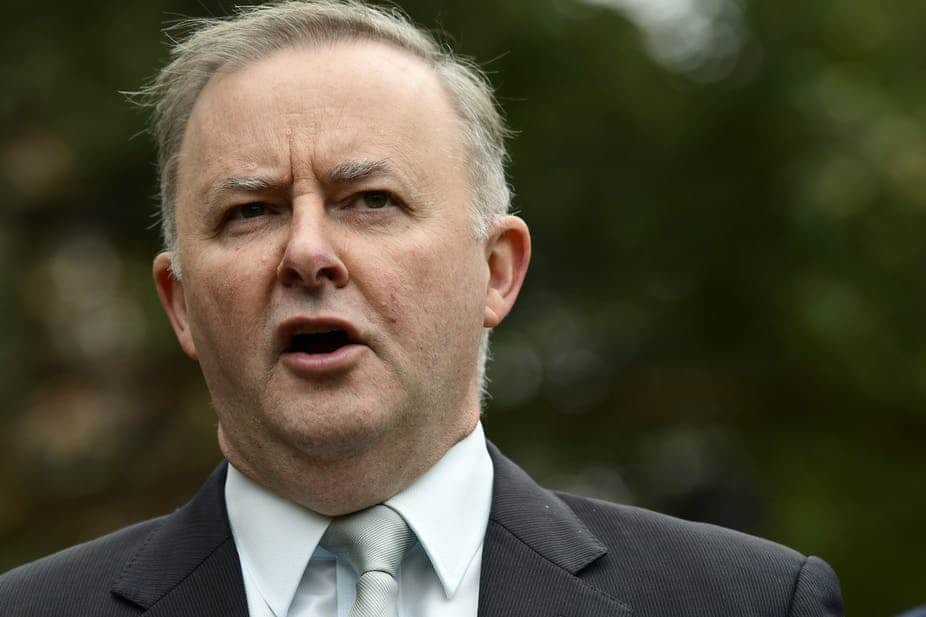 Anthony Albanese says he has legal advice to back his move to have John Setka expelled from the ALP, warning him against wasting union members’ money on court action.

This followed fighting words on Monday from Setka, the Victorian construction boss of the Construction, Forestry, Maritime, Mining and Energy Union, who threatened that if Albanese tried to expel him without due process he would take legal action. But, speaking to The New Daily, he also admitted it would be costly and it would be “up to the members”.

Albanese last week had Setka suspended from the party and will move for his expulsion when its national executive meets on July 5.

The opposition leader originally targeted Setka primarily over denigrating remarks he was reported to have made at an internal union meeting about anti-domestic violence campaigner Rosie Batty.

But whether he did denigrate Batty is contested. While still maintaining his claim, Albanese stresses Setka’s history of inappropriate behaviour.

Setka had been on the front pages for a long period “for all the wrong reasons,” Albanese told Sky on Monday.

“He used his kids to send a very frank message to the ABCC [Australian Building and Construction Commission].

“He gave a speech at a rally in Melbourne where he spoke about knowing where people live, and people won’t be able to go to their local sporting clubs and their local activities. It essentially was an attempt at intimidation that can only be viewed in that way.”

On Batty, Setka had conceded he mentioned her, Albanese said. “He concedes that it was in the context of his [pending] court case and he concedes that he has spoken about him not getting a fair go in that.

“In what way is it possible that he raised Rosie Batty without criticising her work? It’s very clear that that was the context.”

Albanese said the ALP as an organisation had the right to determine who joined. “The national executive has complete power to determine membership issues – that’s been dealt with in the courts before,” he said.

His message to “anyone who wishes to waste money on legal cases, particularly using … the members of the union’s money” was that such action would fail. The ALP had legal advice and was going through the proper process.

Setka claimed in his New Daily interview the real reason for the expulsion move was that he threatened at the union meeting to stop funding to the ALP. “What I said was no more money to the ALP. […] Not one more cent.”

Setka is also resisting pressure from a growing list of unions to quit his union position. ACTU secretary Sally McManus last week urged him to stand down, citing the court case in which he is accused of using a carriage vehicle to harass a woman (he has said he plans to plead guilty).

McManus and the unions supporting her are concerned that his behaviour conflicts with the union movement’s strong stand against domestic violence and in general is damaging to the general standing of a movement which has become increasingly feminised.