Labor’s rank and file will help choose the party leader in Canberra with Anthony Albanese standing against Bill Shorten. 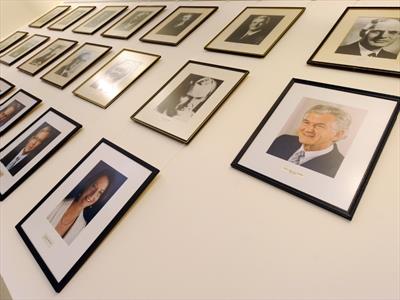 ANTHONY Albanese has decided to stand for the Labor leadership, meaning rank and file members will help choose the party’s parliamentary leader for the first time.

Chris Bowen will be Labor’s interim leader until the vote is decided.

The contest of two or more candidates triggers a ballot of rank-and-file Labor members, as well as caucus, with both groups having an equal say in the leadership.

“While this important process is underway, we won’t stop holding the government to account and I’m very glad to have been appointed interim leader while this process is underway,” Mr Bowen told reporters in Canberra after Labor caucus met for the first time since their election defeat.

In the meantime, Mr Bowen said shadow cabinet would consist of those who formed the executive in the outgoing government.

The new process of electing their leader brings the party in line with similar movements around the world, he said.

“It means the new Labor leader will have more legitimacy than any other political leader in Australian history,” Mr Bowen said.

“They will have been elected by the whole Labor party, by every eligible rank and file member, as well as by the parliamentary caucus.”

Grassroots members will vote first and then caucus will conduct a ballot without knowing the result of the community poll.

Mr Bowen said former prime minister Kevin Rudd had indicated he would return to the backbench and it was up to him whether he remained in parliament.

Some Labor MPs have called for Mr Rudd to quit parliament to draw a line under the divisive Rudd-Gillard years but Mr Bowen was not doing that.

“He should be given the respect due to a former leader of the Labor Party and a former prime minister,” Mr Bowen said.

“He is still a relatively young man, with I think things to offer the nation.

“It’s up to him whether he chooses to provide that service through being in parliament, or through other mechanisms.”

Mr Bowen was confident the campaign would be conducted in a mature fashion that would not damage either candidate.

“They both indicated that if any of their supporters launch any personal attacks on the other candidate, then they will be dealing with that.”

As interim leader Mr Bowen will not be publicly endorsing either Mr Albanese or Mr Shorten.

“My role as interim leader is to keep the focus on the government over the next month,” he said.

Mr Bowen didn’t put his name forward because he believed his best fit was to make himself available as shadow treasurer.

He said the candidates were in discussion with the party’s national secretary George Wright on who would pay for their travel around the country during the campaign.

It was yet to be determined if the ballot for Labor party members would happen through postal or electronic means, he said. – AAP