Opposition leader Anthony Albanese has promised an ambitious $20 billion plan to modernise Australia’s electricity grid and extra spending of $6.2 billion over four years for more affordable child care in a budget reply that emphasises the role of government. 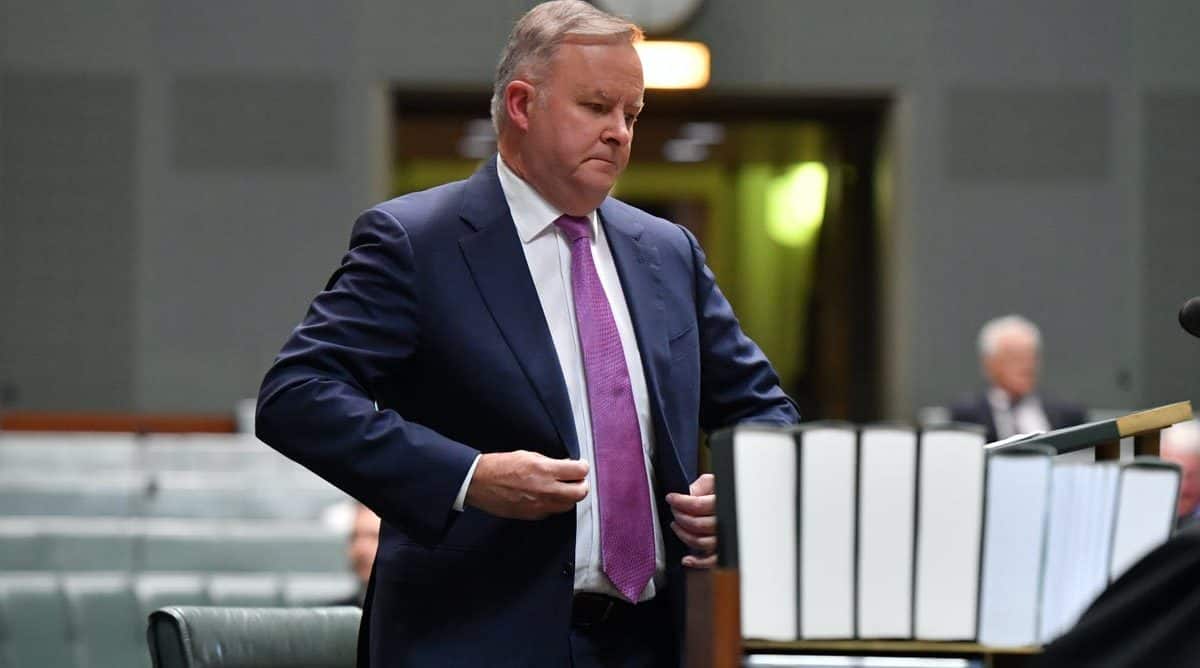 Opposition leader Anthony Albanese has promised an ambitious $20 billion plan to modernise Australia’s electricity grid and extra spending of $6.2 billion over four years for more affordable child care in a budget reply that emphasises the role of government.

In another initiative, Albanese said a Labor government would have a plan to promote local manufacturing and skills that would boost the nation’s productivity.

The Labor leader claimed the recession in Australia would be “deeper and longer” because of Tuesday’s budget, which he said left behind women and people over 35.

Albanese is casting Labor’s alternative as using the power of government to drive economic activity and reform, setting this up as an ideological difference with the Morrison government.

“Government has the power to break down barriers of disadvantage, to change lives for the better,” he said.

His childcare initiative homes in on criticism that the present system is costly and inadequate for families, with nothing extra done in the budget.

“Right around Australia, instead of childcare supporting families, where both parents want to work, the costs – and the tax system – actively discourage this,” he said.

Too often “it’s working mums who cop the worst of it”.

“For millions of working women, it’s not worth working more than three days a week.”

This deprived working women of opportunities and cost workplaces years of experience, knowledge and skills.

He said a Labor government would, from July 1, 2022 remove the annual cap on the childcare subsidy, which would eliminate the disincentive to work more hours. The current cap is $10,560.

It would also increase the maximum childcare subsidy to 90%, cutting costs for 97% of families in the system. Labor would increase the subsidy rates and taper them for every family earning under $530,000.

The Australian Competition and Consumer Commission would be told to design a price regulation mechanism that made sure all the funds the government spent went through to savings for families.

“This is real reform. It will boost women’s workforce participation, boost productivity, and get Australia working again.

“Building a childcare system that works for families will turbo charge productivity in workplaces, delivering a much-needed boost in economic growth of up to $4 billion a year.”

Labor’s long-term goal would be to investigate moving to a 90% subsidy for childcare for every family.

The Productivity Commission would be asked to report on this in Labor’s first term.

Outlining his program for “powering the nation”, Albanese said Australia’s present electricity network was designed for a different century – “a time when solar panels ran pocket calculators, not the one in four households which have rooftop solar”.

“The current network takes no account of the rise of renewables as the cheapest new energy source, and doesn’t help link these new sources up to the national grid.”

Labor would set up a new Rewiring the Nation Corporation, to rebuild and modernise the grid. “By using the Commonwealth’s ability to borrow at lower interest rates, it will be done at the lowest possible cost.”

“The planning work is done. Rebuilding the grid will create thousands of jobs – particularly in regional Australia – and deliver up to $40 billion in benefits,” he said.

The “Future Made in Australia” initiative would be driven by the power of Commonwealth spending.

There would be an “Australian Skills Guarantee” which would provide opportunities for apprentices and trainees on major Commonwealth projects.

“On every major work site receiving federal spending, one out of ten workers employed will be an apprentice, a trainee, or cadet,” he said.

“We will also consider how this principle can be extended to federal government subsidised sectors like aged care, disability care and childcare, in cooperation with providers.”

A Labor government would bring in rules in defence spending “to maximise local content and create local jobs”.

It would also have a national rail manufacturing plan, providing leadership to the states and working with industry to maximise opportunities to build trains in Australia.