The Australian Federal Police have dropped a proceeds of crime investigation into Schapelle Corby and her rumoured plans to do a paid interview. 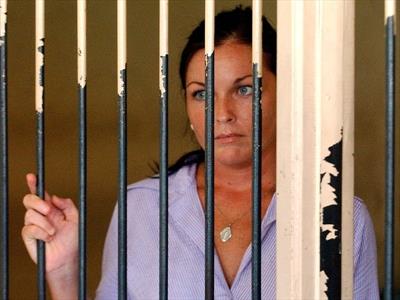 The Australian Federal Police have dropped a proceeds of crime investigation into Schapelle Corby.

Federal officers raided Seven Network offices in Sydney last month amid intense speculation the network was working on a deal with the convicted drug runner for a lucrative first interview following her release from an Indonesian jail.

Under proceeds of crime legislation, convicted criminals can’t benefit financially from their notoriety.

On Thursday evening the AFP announced it was dropping the investigation altogether and would hand back all seized documents.

“In recent weeks, Indonesian authorities have clearly outlined that any such interview would be in breach of Ms Corby’s parole conditions and could result in her parole being revoked,” the AFP said.

“Any possibility of an agreement has now been superseded by these additional parole conditions.

“This decision does not mean that the original concerns that initiated the investigation were not well founded.”

The backdown comes weeks after AFP assistant commissioner Michael Phelan was forced to apologise over a mistake in the warrants executed on Seven, which suggested they related to a criminal rather than civil matter.

Corby, 36, spent more than nine years in jail in Bali after being found guilty of importing marijuana.

Seven has launched legal action against the AFP over the raids.