Children aren’t inherently passive couch potatoes yet 80% of Australian children are getting less than an hour’s physical activity a day, a new study reveals. 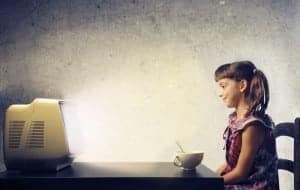 Box-up the X-box and torch the TV – a study by Active Healthy Kids revealed that 80% of Australian children spend less than an hour a day on physical activities like sports and play.

This means 4 out of 5 Aussie children lead sedentary life-styles.  This kind of life-style is directly associated with a child’s increased risk of developing health problems such diabetes, low muscle tone, being overweight, ADHD and a weakened immunity.

Active Healthy Kids surveyed 15 000 people in 15 countries and issued report cards to parents, schools and the government in countries that included Australia, New Zealand, Canada, Britain, South Africa and Finland amongst others.

The results of the study is described as being shocking and placed Australian children ahead of their mates in the UK when it came to doing, well, nothing and amongst the least active kids in the world.  Adding to the concern is that the same report revealed that 70% of Australian kids spend upwards from 2 hours a day glued to digital screens.

Australia’s kids scored an alarming D- and are placed only ahead of Scotland which came in last.

While Australians scored good grades in the areas of Organized Sport Participation (B-) and Community and the Built Environment (A-), expert Natasha Schranz, the report’s lead authors, told The Sydney Morning Herald that, “It’s alarming that a nation committed to sport has fallen so far behind in incidental activity.

‘We are just shutting it out. We need to do more active transport, reduce sitting and television time and incorporate active play into everyday life.’

“Far too many kids are being driven to school and spend most of their time sitting when they get there. There is nothing inherent in children that makes them sedentary, which makes this very worrisome,” said Shilton.