The ABC has apologised to News Ltd columnist Chris Kenny over a Chaser skit which showed him having sex with a dog. 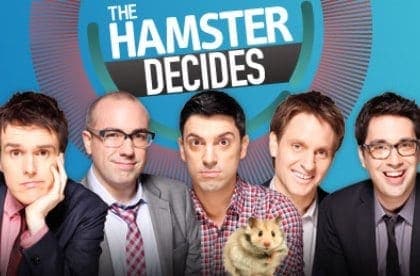 ABC boss Mark Scott has admitted it was a mistake to broadcast a Chaser skit depicting columnist Chris Kenny having sex with a dog.

Mr Scott rang Kenny on Monday to apologise for the “tasteless and undergraduate” skit run on The Hamster Decides during the federal election campaign in September.

The ABC should not have put the skit to air, he said, adding it fell short of the quality demanded by the broadcaster’s audience and normally delivered by its programming.

The skit is subject to a defamation action brought against the public broadcaster by Kenny.

Mr Scott described the News Corp columnist as a strong and persistent critic of the ABC.

As a result, he could expect to be a subject of satire.

Mr Scott admitted the depiction of Kenny was very strong in the context of the satirical point attempted by The Chaser team.

The audience of The Chaser expected fierce, robust and irreverent satire but final decision-making on what went to air rested with the ABC.

Mr Scott said he had been waiting for an internal review and another by the Australian Communications and Media Authority before making an apology.

“I now believe that was a mistake,” he said. – AAP