Prime Minister Kevin Rudd has seized on Tony Abbott's baddies versus baddies comment on Syria to question his credentials to represent Australia internationally. 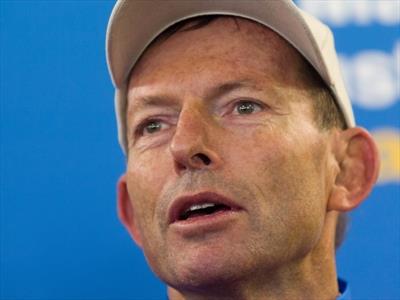 Speaking at a Labor Party campaign launch for candidate Cathy O’Toole, in Townsville on Sunday night, Mr Rudd said Mr Abbott was a student of the “John Wayne school of international relations.

“International relations is more complex than a 1950s John Wayne western,” he said.

“I really do question his temperament for occupying the highest office of the land.”

1.4 million less than projected: how coronavirus could hit Australia’s population in the next 20 years

Why is ‘values’ the new buzzword in Australian foreign policy? (Hint: it has something to do with China)

The coalition has defended its leader’s description of the Syrian crisis as a sophisticated analysis.

The opposition leader has backed any US military action against Syria but says it has to be carefully targeted and proportionate so it doesn’t make a bad situation worse.

A political solution to avoid the need for military action would be terrific but is not likely, Mr Abbott said.

He called the Syrian regime’s alleged use of poison gas against its own people an utter abomination.

Coalition campaign spokesman Christopher Pyne defended his leader’s comments about the situation in Syria as an “extremely sophisticated” analysis as neither side was covered in glory.

“In the Syrian civil war, both sides are very unattractive .. it’s actually more sophisticated to recognise that, than to try and pretend as Penny Wong does that there’s somehow cowboys and indians and one side is good and one side is bad.”

“In the Syrian conflict it’s important to understand that both sides are deeply unpleasant and that trying to choose a side is a very foolish thing to do,” Mr Pyne told reporters in Adelaide.

Labor campaign spokeswoman Penny Wong said Mr Abbott sounded like he was talking about a game of cops and robbers when discussing foreign policy.

New modelling shows that under a worst-case scenario, Australia will be 1.4 million people - or 4% - smaller in...

There's big money on the line tonight, $3 million! Here are your Powerball results for Thursday, 6 August 2020

In his address to the Aspen Security Forum today, Prime Minister Scott Morrison stressed the importance of Australia’s alliances with...

From early on Saturday morning, nobody from NSW and ACT will be able to enter Queensland. Premier says ‘tough decision’...

The self-proclaimed Principality of Hutt River in outback WA is back in the Australian fold as lack of tourists hits...