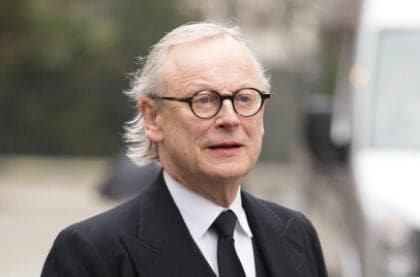 Lord Deben, who as John Gummer served in Margaret Thatcher’s and John Major’s governments and was secretary of state for the environment from 1993 to 1997, was highly critical of the Abbott government’s stance on climate when speaking to The Guardian.

“I haven’t met an Australian who is not deeply ashamed of this government, most of whom voted for Abbott,” he said. “How can you say ‘we don’t mind what 97% of scientists tell us, we are going to stick two fingers up and do it anyway’?

Deben said he assessed Tony Abbott’s position in climate change when the pair met last year. He found Mr Abbott’s views wanting and out of step with conservative thinking.

“Quite clearly, he was someone who refuses to accept the science of climate change.”

“He referred to ideas put forward by a small number of people whose views aren’t accepted by any serious scientist in the world.”

“I think future generations will ask ‘what did you do to stop the world being overwhelmed by climate change?’.

“Mr Abbott will have to answer that and I don’t know how he can look at children in the eye. His attitude, if everyone else did the same, would condemn the poorest people in the world to an impossible life.

“I don’t think conservatives have ever taken that view before. Australia, as a great country, knows better than that, I think.”

“It’s a reckless and deeply retrograde step,” he said. “There has been a notable reduction in emissions and businesses have not found it to be the imposition that they said it would be.

“There’s nothing in the [government’s] alternative policy that makes anyone believe they will hit the target of 5% reduction in emissions by 2020, which is manifestly inadequate anyway.

“I mean, when you’ve even got small, poor countries such as Kiribati and Micronesia doing their part to reduce emissions, what on Earth is Australia doing?”