Abbott will not pardon returning Australian IS fighters

The prime minister confirmed today that Islamic State recruits who are looking to return to Australia after fighting abroad will be "arrested, prosecuted and jailed". Could returning IS fighters assist with youth deradicalisation in Australia? 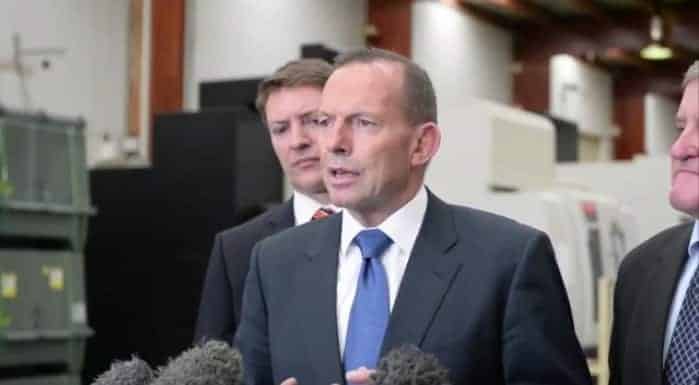 In light of reports from that three Australian IS fighters are currently negotiating with the government about potentially returning home, Tony Abbott has been assertive in declaring the government’s position.

It is estimated by Attorney General George Brandis that between 120 and 150 Australians have travelled to the greater Syria region to “participate in the conflict”.

The maximum sentence would be 25 years of prison if a court of law found a citizen to have fought with a terror group or be in areas that have been banned in Syria and Iraq under new anti-terror laws.

However Rob Stary, the Melbourne Lawyer representing one of the terrorist suspects looking to return home to Australia, commented on 3AW radio that it could be beneficial to the community that returning fighters assist with youth deradicalisation.

The fact that they would rather return to Australia and face a life long jail sentence than remain where they are indicates what life is like fighting alongside Islamic State.

Disillusioned supporters will also be well positioned to inform the government on the practices used to attract young vulnerable recruits to fight with the extremist group. In particular they may have insider knowledge in regards to the methods used on social media, and how accounts of potential recruits are targeted.

Whether or not their capacity to assist is utilized, any returning IS fighters are likely to spend the majority of their adult lives in an Australian prison.