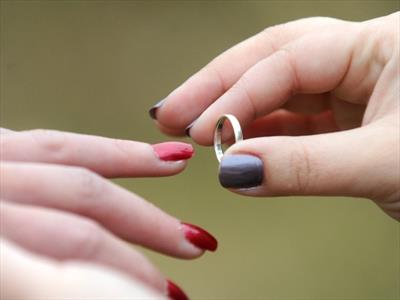 Mr Croome has also welcomed Mr Abbott’s acknowledgment of the issue, but says the opposition leader needs to go further.

Mr Abbott described the issue as “very important” during the debate, before reaffirming his personal opposition to same-sex marriage on Monday.

“The majority of Australians who support this reform don’t expect Tony Abbott to change his mind but they do expect him to allow a conscience vote,” Mr Croome told AAP.

“Kevin Rudd can’t achieve this reform by himself, he needs the coalition to also have a conscience vote if this reform is to have a fighting chance.”

But the AME is taking some heart from Mr Abbott’s performance.

“That gives me hope that a coalition conscience vote is more likely than not after the election.”

But the National Marriage Coalition, which opposes the reform, condemned the PM’s promise and urged the coalition to resist a conscience vote.

“We call upon all parties to focus on what matters most to Australians, guiding the nation always to a better future,” spokesman Gerard Calilhanna said in a statement.

AME will leaflet seats including Brisbane, Perth, Wills and Batman, identifying which candidates support the reform.

“Going to the election with the commitment to a conscience vote would be a very smart move because it would allow inner city Liberals who support this reform … to campaign hard on it,” Mr Croome said.

“At the moment they’re hamstrung.”

AME says polls consistently put support for the reform at 65 per cent across the country.

Mr Croome said Mr Abbott should not fear a possible conservative Senate crossbench over the issue because some in Katter’s Australia Party and the Palmer United Party supported same-sex marriage.

Meanwhile, Mr Croome said there were no plans to approach Mr Abbott’s openly-gay sister, Christine Forster, who has publicly disagreed with her brother’s stance.

“I think she’s most effective as an advocate when she does it her own way,” Mr Croome said. – AAP