Tony Abbott has praised former Prime Minister Kevin Rudd as an extraordinary person who will continue to serve Australia. 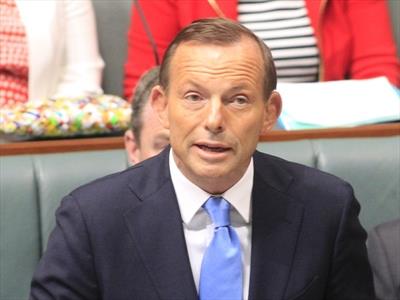 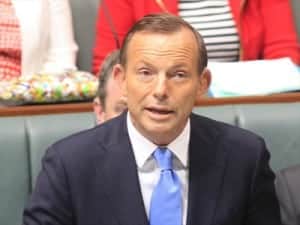 TONY Abbott is convinced one way or another his former political foe Kevin Rudd will continue to serve Australia.

Mr Rudd stood up at the end of the 44th parliament’s first full working day and announced that he was calling it a day as a politician.

Prime Minister Tony Abbott responded by saying it was a significant moment in the life of a parliament for a former prime minister to depart.

Mr Rudd had been one of the big figures in the life of this country for the best part of two decades, Mr Abbott said.

“As a political opponent, but as someone who has known the member for Griffith quite well for a long time, I salute him and I wish him and his family all the best for the future,” he said.

“I express my confidence that one way or another he will continue to serve our country and his party.”

He said Mr Rudd won an election which pitted him against John Howard, the most successful prime minister of modern Australia.

“It takes extraordinary ability, insight, guts and focus to win such a contest. He didn’t just win that contest in 2007, he triumphed,” he said.

“We must pay tribute to someone of such stature who was able to vanquish in fair political fight someone of at least equal stature.”

Opposition Leader Bill Shorten said Mr Rudd was a large presence across the national political stage for some time, and could leave parliament with his head held high.

He also led Labor during a difficult time, and his return to the prime ministership before the September election had improved the ALP’s fortunes.

“This is a tumultuous era in Labor, and with the member for Griffith’s resignation tonight, part of it comes to a close,” Mr Shorten said.

“I do not believe that we will see his like again in the Australian parliament.”

He also said the former prime minister shared a special relationship with the Australian people, and attained a level of “above-politics celebrity”.

Mr Shorten thanked Mr Rudd’s family, saying they would now get their husband and father back after years of lending him to politics.

Treasurer Joe Hockey shared the limelight on breakfast television with Mr Rudd for many years.

“I have seen the Kevin Rudd that many haven’t seen, including sharing semi-nakedness with him in a river in Papua New Guinea,” he said.

“I think he is in many ways the luckiest guy in Australia: he married a beautiful woman.”

“I probably regret the fact that Kevin called me `Albo’ at that first press conference,” he said.

“Now everyone calls me Albo; it used to be just my friends.”

But he said Mr Rudd’s leadership during the difficult time after the leadership change was extraordinary.

Leader of the House Christopher Pyne praised Mr Rudd’s passion and intellect, saying he could have chosen any distinguished career but had opted instead for a life of public service.

Mr Pyne thanked Mr Rudd for his friendship, especially while his wife was going through a difficult pregnancy a number of years ago.

“The member for Griffith could not have been more supportive to me as a human being,” he said.

Shadow treasurer Chris Bowen said Mr Rudd had rallied the Labor Party to victory at the 2007 election and defeated John Howard, the most formidable conservative campaigner in Australian history.

Many believed they would not win that election, and it was no accident that they had secured victory, he added.

But he said Mr Rudd’s best years were still to come.

“As a relatively young man, (he) has much to contribute to Australia and the world,” he said.

“His contribution is still there to be made and for all to see.” – AAP