AUSTRALIAN ELECTION 2013 |The opposition has defended its Direct Action plan, saying the climate policy can meet the coalition's targets for cutting CO2 pollution. 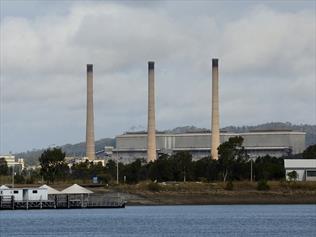 THE federal coalition has rejected claims it would need to spend billions more on its climate change policy to achieve its promised cuts to carbon pollution.

Opposition Leader Tony Abbott on Thursday defended the coalition’s climate change policy, saying Direct Action would be able to drive a five per cent cut in CO2 emissions within budget.

It comes as a new report claims the coalition would need to find between $4 and $15 billion in extra funding for its Direct Action plan to meet its 2020 emissions reduction targets.

Research by Monash University’s Centre of Policy Studies and The Climate Institute, released on Thursday, also finds the coalition’s policy will see Australia’s CO2 emissions increase, not decrease, by the end of the decade.

Mr Abbott said the policy think tank had a right to its opinion, but he and opposition climate action spokesman didn’t agree that Direct Action posed a fiscal black hole to the budget.

“I simply don’t accept the report,” he told reporters in Tasmania on Thursday.

“Greg Hunt is absolutely confident, as I am, that we can purchase sufficient emissions reductions from the funding envelope that we’ve made available.”

The coalition will spend a maximum $3.2 billion over four years funding CO2-reduction activities, like revegetation and improving soil carbon, at the cheapest cost.

The Emissions Reduction Fund is capped, and not a dollar will be spent unless CO2 emissions are actually reduced.

Mr Hunt said the funding remained unchanged, and the coalition was confident there were ever more options for cutting pollution through programs at home like the Carbon Farming Initiative.

Both Labor and the coalition have agreed to cut CO2 emissions by 5 per cent of 2000 levels by 2020, and up to 25 per cent depending on global action.

Mr Abbott said they’d meet the five per cent target through abatement activities in Australia, because buying international offsets was akin to “shirking your environmental duty”.

“But he is sticking to this plan because he went out and told a great big lie about climate and about the effects of carbon pricing, and now he’s stuck trying to pretend he’s going to continue with this,” she told reporters in Sydney. –AAP