Prime Minister-elect Tony Abbott has tried to head off accusations the coalition government has gone backwards by not being able to appoint more than one woman to cabinet. 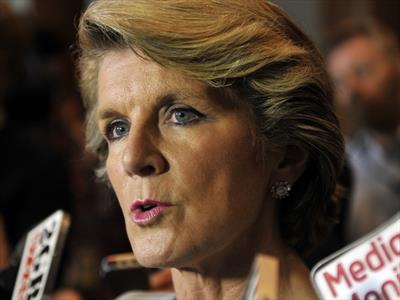 Prime Minister-elect Tony Abbott has tried to head off accusations the coalition government has gone backwards by not being able to appoint more than one woman to cabinet.

There might have been two but for the fate of Liberal Sophie Mirabella, whose hold on the Victoria seat of Indi is going down to the wire.

“Plainly, I am disappointed,” he told reporters in Canberra on Monday.

Mr Abbott did reward other some coalition female MPs by elevating them to the outer ministry.

“You can expect to see as time goes by more women in both the cabinet and the ministry.”

“The fact that the new prime minister could only find, out of his entire party room, one female member of parliament that he regards as being meritorious enough to serve in his cabinet is a sad indictment,” he said.

West Australian senator Mathias Cormann was one of the biggest winners, going into cabinet as finance minister.

Former Howard government chief of staff Arthur Sinodinos, who had been slated for a cabinet post, was named assistant treasurer but placed in the outer ministry.

Andrew Robb as trade and investment minister will spearhead the government’s push to shift the economy from mining to new export industries and help the hardest hit communities manage the transition.

Ian Macfarlane takes on one of the biggest portfolios as Industry Minister, which covers energy and resources, domestic tourism and science.

Nationals deputy leader Barnaby Joyce, who successful made the change from the Senate to the lower house on September 7, becomes Agriculture Minister.

But his party misses out on the long-held trade portfolio.

The Nationals’ John Cobb goes to the backbench, having served as shadow agriculture minister since 2008.

Liberal senator Sue Boyce, whose term ends in 2014, said the lack of women in cabinet was a “systemic problem” for the party.

“It’s a shame that this shocking and embarrassing statistic will permanently tarnish a wonderful victory,” she said.

In a break with recent history, Mr Abbott has given his ministers one-word titles but he said this did not represent a drop in their workload.

“One of the things that I have attempted to do with this new ministry is avoid the … sometimes grandiose titles of the former government where it sometimes seemed that ministers needed an extra large business card to contain all of their various titles,” Mr Abbott said.

The new ministry will be sworn in by Governor-General Quentin Bryce in Canberra on Wednesday.

Mr Abbott said as soon as the ceremony is over the government will launch Operation Sovereign Borders – the coalition’s plan to stop asylum-seeker boat arrivals.

However, he won’t be rushed on reviewing the federal budget, saying the mid-year economic and fiscal review could be released as late as January. – AAP