AUSTRALIAN ELECTION 13 | Opposition Leader Tony Abbott concedes that some of his colleagues have been “slow to adjust” to his PPL, but is confident they will get on side. 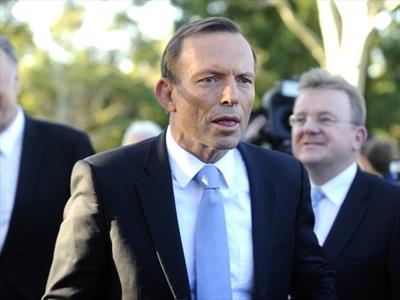 OPPOSITION Leader Tony Abbott is confident the states and territories will back his $5.5 billion a year paid parental leave scheme.

The scheme will be funded by a 1.5 per cent levy on about 3000 companies, the scrapping of Labor’s existing scheme and an end to “double dipping” by public sector workers.

It offers working women 26 weeks’ paid leave at their full wage up to $75,000, against the government’s 18-week plan paid at the minimum national wage.

The WA government now says it understands a federal coalition government would itself fund the gap between the state scheme and Mr Abbott’s plan.

However, Labor is asking if the Liberal held states of Queensland and NSW and the Northern Territory agreed with Mr Barnett that the “Rolls Royce scheme” was “a rolled gold dud”.

Mr Abbott said it was not a question of being generous, but of being fair, and he would discuss it with all the premiers and chief ministers.

“We will have an adult discussion about this and I am very confident when they understand that there will be no cost to the states,” he said in Geelong, the Labor-held Victorian marginal seat of Corangamite on Tuesday.

Prime Minister Kevin Rudd said there were big questions about how it would be fully funded because the coalition was refusing to release its policy costings.

“Every day, this is like a train wreck unfolding,” he told reporters in Brisbane.

“You’ve got huge challenges on the costings.

“Mr Abbott, because he believes he’s already won this election, believes he can arrogantly not tell ordinary Australians where he’s going to cut.”

Mr Abbott conceded some of his colleagues had been “slow to adjust” to idea of the scheme.

“I am confident that my colleagues will come with me,” he said.

Referring to costs, Mr Abbott said if the economy was strong the funds would be there for big programs, like the national disability scheme.

“If you want a better society … we have got to have a stronger economy to sustain it,” he said. – AAP