Corruption findings by the ICAC against two former NSW Labor ministers, Eddie Obeid and Ian MacDonald, have been a gift to the pre-election campaign of Tony Abbott. 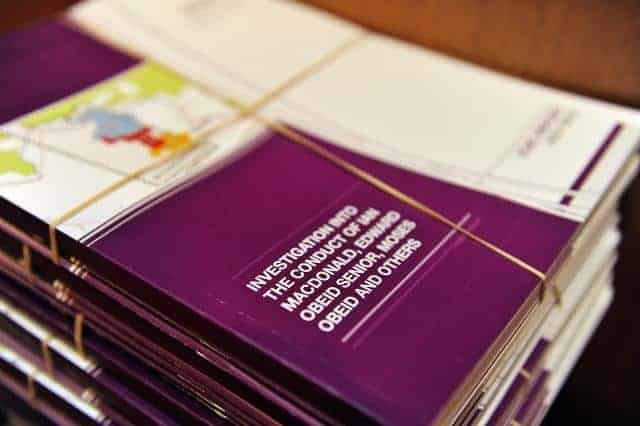 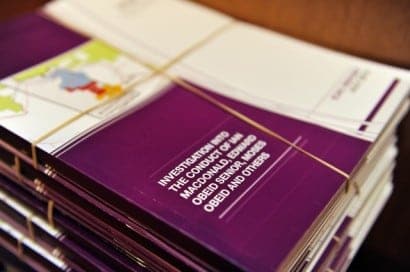 The Independent Commission Against Corruption (ICAC) has recommended charges be laid against Eddie Obeid and Ian Macdonald, among others, over their involvement in a controversial mining deal.

While Mr Rudd made public his disgust at the scandal, Mr Abbott claimed that the Prime Minister owes his resurrection to the support of the NSW right faction, formerly led by powerbroker Mr Obeid.

“(Mr Rudd) is asking for a pardon before he’s done any penance, and it’s just wrong.”

The Prime Minister sought to distance himself from the actions of his former Labor colleagues, arguing that he moved to clean-up Labor’s NSW branch within a week of returning to the top job last month.

“It was for no idle reason that I took a virtually unprecedented step of directing federal intervention in the NSW branch of the Labor Party,” he said.

“This set of reforms are anchored in one core principle: zero tolerance for corruption. Anyone who is responsible for corruption, for illegal behaviour, should face the full force of the law. That’s what I want to see happen.”

In its report released yesterday, the ICAC made corruption findings against nine people in three separate reports.

ICAC commissioner David Ipp found that Mr Macdonald and Mr Obeid acted corruptly over a coal exploration licence from which the Obeid family made $30 million, and could potentially make up to $100 million more.

Using the findings to attack the integrity of federal Labor, Opposition Treasury spokesman Joe Hockey pointed to the links between the two disgraced former ministers and the federal frontbench.

He claimed that Deputy Prime Minister Anthony Albanese intervened to support Mr Macdonald in his preselection in the 1990s, and Senator Carr, the Foreign Minister, had promoted Mr Obeid while NSW premier.

The NSW Labor leader John Robertson, once a factional ally of Mr Obeid, has tried to distance the state opposition from the corruption of the previous Labor administration.

He called for a special prosecutor to expedite charges against those found to have acted corruptly by the state’s anti-corruption watchdog.

“I’ve been disgusted by what I’ve seen before ICAC and anyone responsible for corrupt behaviour should face the full force of the law,” Mr Robertson said.

Mr Obeid claimed he was the victim of a “political witch hunt” and intends to fight any possible charges in court.

“This has been incredibly distressing to myself and my family, I am not guilty of any wrongdoing and I believe that in the end the truth will out and I will be exonerated,” he said.

“I reject the assertions by the commissioner that I acted in any way that could amount to corrupt conduct.”