TRAVEL WRITER WINNER | To reach the sacred mountain of Sri Pada in Sri Lanka HELEN MOAT climbs a winding staircase leading to a temple in the sky, and makes a valuable discovery at the top. YELLOW and white butterflies fluttered like tissue paper along the sheer staircase overhead, receding into the mountain mist with the steps. “Look, the butterflies are saying to follow them,” Amila said, “just like they told the ancient kings.”

The butterflies come from the four corners of Sri Lanka’s island to worship Buddha’s footprint and die, story has it. As I heaved up the remaining steps, I was thinking I might have to join them. My lungs were wheezing like clapped-out bagpipes. I was sure the air was made of gravel.

“You mustn’t think of giving up,” my Sri Lankan companions encouraged me. “Don’t think about what’s ahead. Take each and every step as it comes. Don’t look up.”

Like the butterflies, I’d been lured to the sacred mountain of Sri Pada, Adam’s Peak. I’d been seduced by the fairy-tale picture – like a child’s drawing of a pyramid mountain with its winding staircase leading to a temple in the sky.

But on arrival I’d found a muddy path lined with stalls of bald-headed dolls, plastic bats and balls made in Korea and psychedelic-coloured ornaments. It looked more like a scene from Blackpool promenade than the entrance to a sacred mountain.

And sure enough, Sri Lankans were stepping out in flip flops and smart-casual dress as if taking a stroll on the sea-front, not heading up a mountain of 7,359 feet. They pottered along carrying large flasks of tea, plastic bags of snacks, even children.

The path was easy to begin with, the red tilak pressed upon our foreheads to give us Saman’s protection — one of the guardian gods of Sri Pada. As first-timers, white cloth bands were tied to our wrists too, a coin wrapped in them for luck. At Indikatu Pana we’d unravelled spools of thread along the hedgerow. Here Lord Buddha had paused to mend his robe, it’s said. The threads stretched out along the path-side like a great white cobweb.

“Karunavai,” pilgrims greeted us. Compassion. “Theruwan Sanarai.” May the triple gem of Buddha protect you.

Amila encouraged me to greet the pilgrims with these ancient spiritual greetings. I stumbled clumsily on the words but the Sri Lankans smiled and answered, delighted that this European was speaking ‘their language’.

The atmosphere on the path was one of cheerfulness and encouragement. A couple of teenage girls stopped to give me a handful of dried fruit. As we climbed every upwards, the steps felt relentless. A mother and daughter struggled upwards. “How old is your mother?” I asked. “Eighty-three — and on her 65th ascent.”
I scolded myself: Get a grip.

At last we’d ran out of steps. Below the temple, monks were laughing together, huddled over steaming cups of tea. We passed on by, making our way to the shrine of the giant footprint venerated by four major religions: For Buddhists, none other than Lord Buddhas; for Hindus, Shiva’s; for Muslims, Adam’s and for Christians, St Thomas’.

I stood with my own thoughts as Amila bowed down at the shrine of the footprint. We tied our wristbands on a post and made a wish. Dimuthu and I rang the bell, its announcement of our ascent echoing over the Peak Wilderness. I thought of the eighty-three year old ringing the bell sixty-five times — one peel for every ascent.

“You know, if your wish comes true,” Dimuthu said. “You must come back and climb the mountain again.” I nodded and smiled. I’d asked for happiness – and happiness was climbing Sri Pada just the one glorious time.

Turning to face the long downward climb, I felt strangely emotional. It was just a mountain for me, yet at that moment I felt something in my life was going to change. 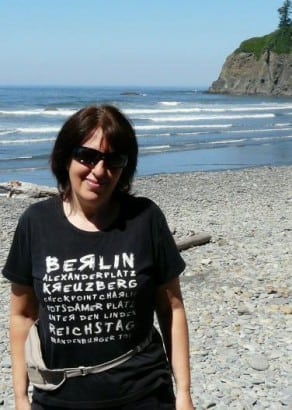 As the winner of our Great Travel Writer competition for August, we’ll be sending Helen Moat a £250 travel voucher from our good friends at Topdeck. Submit your entries for September now!

Andrews told the inquiry in his written statement that after an April 8 cabinet meeting, Mikakos was in charge of...