A naked man gets stuck in a washing machine

A game of hide and seek went wrong when emergency services were called to rescue a naked man who had become stuck in a washing machine. 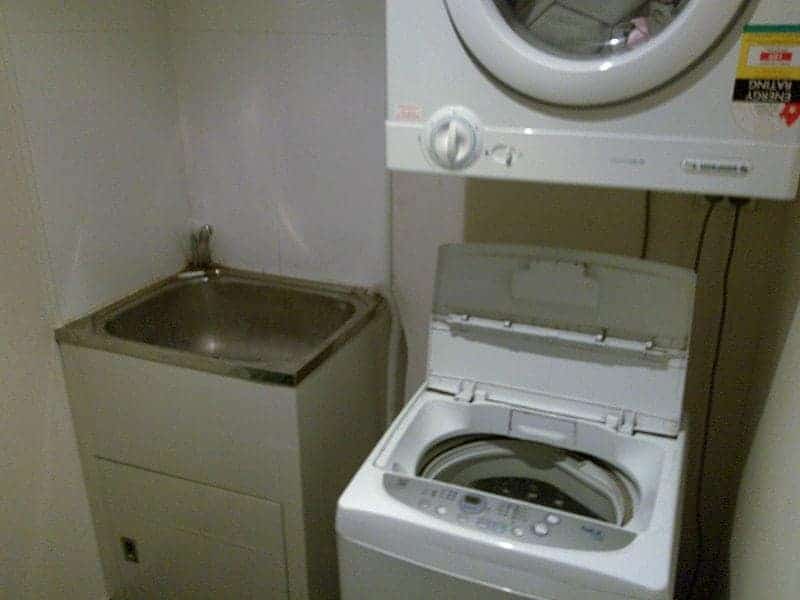 A NAKED man had to be rescued after becoming stuck in a washing machine whilst trying to surprise his girlfriend during a game of hide and seek.

Emergency services were called to a block of flats in Mooroopna, north of Melbourne on Saturday afternoon to free a naked man, 20, who was trapped in a washing machine.

According to Shepparton News who reported the bizarre incident the man was prompted to climb into the top-loader during “a game of hide-and-seek”.

“He was very well wedged in there and we were concerned for his health and wellbeing,” Sergeant Michelle De Araugo of the Shepparton Police said.

“It was just a game gone wrong. It would be fair to say the gentleman was very embarrassed,” she said.

The delicate operation involved the washing machine’s lid being taken off and the machine tipped on its side so the man could be freed. There are also reports officers were forced to lubricate the man using olive oil to get him out.

Nine Melbourne tower blocks put into ‘hard lockdown’ – what does it mean, and will it work?

The spending splurge matters, regardless of what modern monetary theory says

“They greased him up until he was free,” Sergeant Tim Gleeson said.

Much to the embarrassment of the man  it wasn’t just the police who were involved in the 20 minute rescue operation.

You cannot rely on old and outdated brokers anymore. The world is advancing technologically, and online brokers have to pace...

Here are the key areas of development that have played an integral part in the growth of this industry.

The Victorian government’s decision to “close and contain” nine public housing towers in Flemington and North Melbourne represents a significant...

The Australian government is planning to spend A$190 billion to support the economy in response to COVID-19.

A group of scientists has endorsed the sensible use of reusable containers as safe and unlikely to contribute to the...