A budget to shape our future: Hockey

Treasurer Joe Hockey expects his first budget to be criticised if people just look at their own interest rather than for the good of the nation. 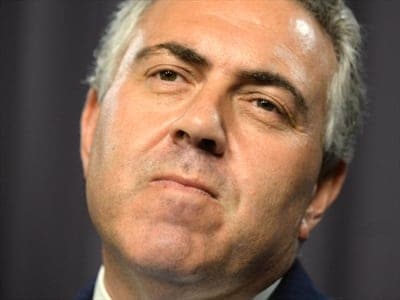 Treasurer Joe Hockey is fully prepared to be criticised for the budget he’s about to hand down, but he believes it will help shape Australia’s destiny.

His first budget is expected to include a co-payment when visiting the doctor, a temporary levy on high income earners, a future rise in the pension age to 70, the reintroduction of indexation on fuel excise and big cuts to the public service.

“If you are only looking in the budget for your own interest then you may be disappointed,” Mr Hockey told reporters in the traditional pre-budget walk-in to parliament house.

“But if you are looking for the national interest, you’ll be cheered.”

He believes it is a “terrific” budget that will shape the destiny of the nation.

It will include an economic growth package with innovative workforce participation measures that will help create the jobs that are so necessary, Mr Hockey said.