An 80-year-old Australian tourist has had a miraculous escape after falling 30 meters off a cliff path in Cornwall before becoming entangled in brambles. 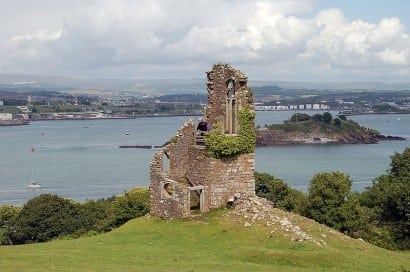 An 80-year-old Australian tourist has had a miraculous escape after slip 30 meters off a cliff path in Cornwall before becoming entangled in brambles.

The elderly man was walking along a cliff path in Mount Edgcumbe Country Park when he slipped off the edge.

Rescuers say he only just narrowly avoided falling down a steep vertical drop onto rocks when his clothes became snagged.

Passing yachtsmen heard the man’s cries for help about 11.30am on Wednesday.

Insp Gordon Peters from the Ministry of Defence Police said it was a lucky escape.

“They saw this poor chap, who was very worried that he was slipping towards this 10ft (3m) drop, held only by brambles and blackberries,” he said.

“He’d rolled and slid, through bushes and trees, when he was caught by his clothing.

“If he hadn’t stopped, he would have gone over the drop, vertical onto rocks, which would have damaged him a lot more than he was.”

The Maritime and Coastguard Agency and police quickly arrived on the scene where they secured the pensioner and lowered him down to the rocks below.

“The injured man was placed on a stretcher and transported across Plymouth Sound on the MoD Police RIB to a waiting ambulance at Mill Bay,” said the police.

Insp Peters said the injured man was on holiday in the UK from Australia visiting family, having migrated from England to Australia.