Between 30,000 and 40,000 Australian passports go missing every year, the Department of Foreign Affairs and Trade says. 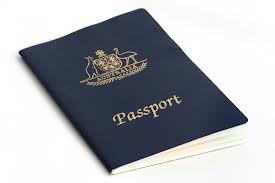 Carbon pricing works: the largest-ever study puts it beyond doubt

Reports that two of the 239 people aboard a missing Malaysia Airlines flight were travelling on stolen passports has fuelled terrorism fears. The episode has also highlighted flaws in global passport and airport security.

The Department of Foreign Affairs and Trade says 37,720 Australian passports were reported lost or stolen in the 2012-13 financial year. The vast majority – about 75 per cent – went missing on Australian soil. Most of the others went missing in popular tourist locations like Paris, Madrid, Rome, London, Los Angeles and Bangkok. The nearly 38,000 missing passports account for 0.3 per cent of those currently on issue – 12 million – and is in line with previous years.

“The Australian Passport Office takes the matter of lost and stolen passports seriously and takes measures to prevent their possible misuse,” a DFAT spokesperson said.

All passports reported missing are immediately cancelled and reported to Interpol. New laws in 2005 introduced a range of fees and sanctions for people whose passports are lost or stolen in an effort to encourage them to better protect the documents. All passports issued since October 2005 have included a secure chip – which cannot be rewritten or altered – that includes a digital copy of the passport photo. – AAP

The results show that countries with carbon prices on average have annual carbon dioxide emissions growth rates that are about...

The iconic Hollywood sign in the hills above the movie capital of the world turns 97 this year. And, like...

China’s enforcement of a new security law in Hong Kong marks the de facto end of the “one country, two...

Flock of emus divided the town when they suddenly arrived last year. Now they’ve departed just as quickly and Nannup...

To slow the spread of the disease, we need to better understand why some places have higher numbers of cases...