World's oldest sperm uncovered. The scientists in Jurassic Park would have had a shorter road to genetically engineered dinosaurs if they had only scratched around some bat droppings in Australia. 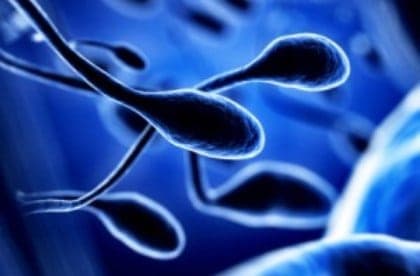 The world’s oldest sperm have been discovered in Australia.

In the Steven Spielberg classic Jurassic Park a single drop of blood from a fossilized mosquito gave rise to a whole generation of fear inducing pre-historic reptiles.

Dinosaurs were being genetically engineered in a top secret lab with dire consequence to visitors of Isla Nublar.

It turns out fact is stranger than fiction when the Aussies out did the American mogul John Hammond — the funder of the fictitious dinosaur project — and announced that they found pre-historic sperm.

Considered the world’s oldest sperm, estimated to be 17 million years old, the discovery was made at the Riversleigh World Heritage Fossil Site, an area in the far north of the state of Queensland.

The fossil, unearthed by Australian scientist Mike Archer from the University of New South Wales in 1988, contains the sperm of an ancient shrimp species (ostracods). Archer has been excavating the site for more than 35 years and has discovered evidence of giant platypuses and flesh-eating joeys.

Off his latest find Archer said in an article published in Time Magazine, “These are the oldest fossilised sperm ever found in the geological record.”

“We have become used to delightfully unexpected surprises in what turns up there [Riversleigh],” he added.

“But the discovery of fossil sperm, complete with sperm nuclei, was totally unexpected. It now makes us wonder what other types of extraordinary preservation await discovery in these deposits.”

The fossil was sent to John Neil, specialist researcher at the La Trobe University in Melbourne who discovered soft tissue contained in the fossil and immediately drew the finding to the attention to European specialists in Munich and France.

Investigations under the microscope revealed that the preserved internal organs and sexual organs of the ostracods were contained in the fossil.  The most exciting part is that the preserved sperm gives scientist access to the animal’s chromosomes and DNA.  Writer of the Jurassic Park novel Michael Crichton should have waited a few years for a better story…

Of the research site Archer says, “Tiny ostracods thrived in a pool of water in the cave that was continually enriched by the droppings of thousands of bats.”

The phosphorus levels in the bat droppings could have been the key to preserving the soft tissue of the ostracods said Archer’s colleague Suzanne Hand, a specialist in extinct bats and their ecological role in Riversleigh’s ancient environments.

“This amazing discovery at Riversleigh is echoed by a few examples of soft-tissue preservation in fossil bat-rich deposits in France,” she said.

“So the key to eternal preservation of soft tissues may indeed be some magic ingredient in bat droppings.”

Tags: AustraliaNews in AustraliascienceUniversity of NSW