Cartoonists the world over, including Banksy, express their grief and outrage at the attack on freedom of speech, uniting in solidarity with Charlie Hebdo magazine.

by Bryce Lowry
in Entertainment, News

The terrorist attack on the Paris offices of satirical French magazine Charlie Hebdo has shocked the world.

On Wednesday, 10 Charlie Hebdo staff and two police officers were brutally gunned down in what appears to be an extremist response to the magazine’s regular publication of cartoons depicting the prophet Mohammad and mocking religious fundamentalism.

Artists the world over, including Banksy, have been quick to express their grief and outrage at this most violent affront to the freedom of the press and freedom of speech, uniting in solidarity with the journalists and cartoonists of Charlie Hebdo.

Here are some of the best: 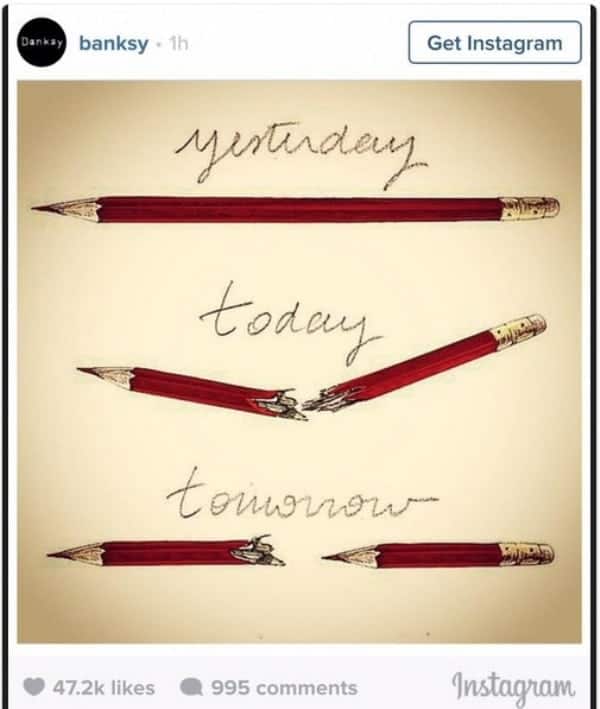 *The caption in the cartoon below translates as: “Oh no, not them”.

I am devastated by what just happened in France. #CharlieHebdo pic.twitter.com/IxEbScqYFh

‘Even if they kill 10 of us, the newspaper will go out next week’ #CharlieHebdo — Mashable News (@MashableNews) January 8, 2015

The Pen is mightier than the sword. #JeSuisCharlie #CharlieHebdo pic.twitter.com/CYPKjzd0XB

Sometimes pictures say it better than any writer could. #CharlieHebdo pic.twitter.com/0RIhOy0KDr