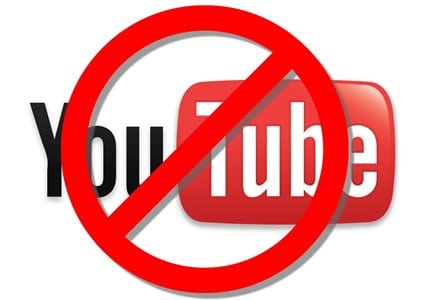 Independent music labels in Europe have already refused to sign the deal for YouTube’s new subscription-based service, which will require subscribers to pay a fee to stream music free from advertisements.

Stuart Watters of the Australian Independent Record Labels Association (AIR) says the group is “categorically against” the licensing agreement.

“What you have here is a large corporate that is using its overwhelming market power to offer a substandard deal to the independent sector that is out of kilter with market agreements that are already in place with other streaming services,” he told AAP on Wednesday.

“They’ve laid on the table a `take-it-or-leave-it’, with no negotiation arrangement.”

YouTube says the move will bring revenue to the music industry and that “hundreds of major and independent labels” have signed up.

But Watters says artists’ content could be removed from the streaming site if labels don’t comply with the agreement.

He also says it looks like YouTube will offer independent music labels less than the major labels.

“My conversations are with the rights holders … the deal terms that have been offered are well below anything that’s ever been put forward by any other streaming service,” he said.

“Obviously they’ve gone and done a deal with the three majors (Universal Music Group, Sony Music Entertainment and Warner Music Group) and, without having seen those major deals, it’s fairly obvious the deal that’s being offered the independent sector is of a lower rate.”

A number of AIR members in Australia are not signing the deal, he says.

Watters says AIR’s European counterpart IMPALA, which represents independent European labels, will file a complaint with the European Commission over the licensing deal.

It has been reported that about 95 per cent of all labels have signed up.

YouTube says the deal will result in new revenue streams for those who join the partnership.

“We’re adding subscription-based features for music on YouTube with this in mind – to bring our music partners new revenue streams in addition to the hundreds of millions of dollars YouTube already generates for them each year,” YouTube said in a statement.

Marc Lucchesi of Melbourne band Vaudeville Smash says the band makes about $4000 for every 1,000,000 clicks under the current YouTube arrangement.

The band’s football themed video for their song, Zinedine Zidane, is currently riding high on the video sharing site with more than 750,000 hits.

“With all these streaming sites you don’t make money out of them unless you’re selling millions and millions, even the initial amount we’ve gotten doesn’t really mean anything at the moment,” he said.

It is understood the deal will only affect music content and the normal YouTube agreement for revenue from uploading videos will stay in place.

YouTube is reportedly set to begin testing the new system.