X-Factor Australia is reportedly close to signing LMFAO front-man Redfoo as a celebrity judge, after the departure of Guy Sebastian and Mel B left two vacant chairs. Dannii Minogue is also rumoured to be joining Ronan Keating and Natalie Bassingthwaighte on next season's panel. 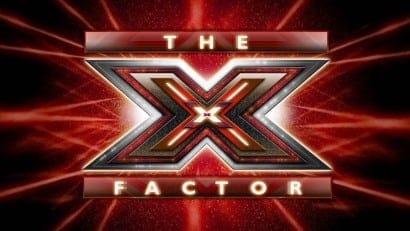 LMFAO front-man Redfoo may be spending a lot of time Down Under in the near future, with insider sources claiming that Channel 7 are close to signing the American superstar to fill one of the vacant judge’s seat on this year’s edition of The X-Factor Australia.

News Limited is reporting that the electro-pop musician developed a relationship with Channel 7 executives when he was in Australia last month to support girlfriend Victoria Azarenka in her successful Australian Open campaign. Redfoo, real name Stefan Kendal Gordy, was heavily featured in Channel 7’s promotional material during the event despite having a tenuous connection to the tennis Grand Slam at best.

Redfoo rose to prominence in the music industry alongside his nephew SkyBlu, dominating the international music charts in 2011 with the release of their album Sorry for Party Rocking. The album achieved four times platinum certification in Australia and included recognisable tracks such as Sexy and I Know It and Party Rock Anthem.

Aside from being one half of LMFAO Redfoo is also a member of an American music dynasty: he is the son of Motown founder Berry Gordy Jnr. Redfoo’s father achieved considerable success for African-American artists at a time when the United States of America was still largely segregated and helped discover some of the era’s leading musicians including The Supremes, Marvin Gaye and the Jackson Five.

Redfoo is also an accomplished songwriter and producer having collaborated with international superstars such as Pitbull, Flo Rida and Carly Rae Jepsen. Prior to forming LMFAO with his nephew in 2006 Redfoo worked in the field of commerce as a day trader.

The reshuffle of The X-Factor Australia’s judging panel comes after inaugural Australian Idol winner Guy Sebastian and former Spice Girl Mel B both indicated that professional commitments would leave them unable to resume their duties with the programme in 2013. Boyzone alumni Ronan Keating and former Rogue Traders singer Natalie Bassingthwaighte are expected to return as judges for the upcoming season.

Speculation continues to mount regarding who will fill the other vacant judging position for the 2013 season, with Dannii Minogue firming as a favourite to return as a judge in The X-Factor franchise three years after she exited the British version of the show. Minogue had been a judge on Channel 7’s Australia’s Got Talent until the programme was purchased by rival’s Channel 9 late last year.

Minogue is currently working as a judge and mentor on Britain and Ireland’s Next Top Model in the UK, however her duties with the Elle McPherson hosted programme will finish before the 2013 season of The X-Factor Australia is scheduled to commence.

Channel 7 refused to comment on The X Factor Australia casting rumours, however it is believed that they will confirm their new judging panel over the next few months. The X-Factor Australia is due to premiere in late August, while auditions have already taken place over the Christmas period.