Two Australian photographers have earned commendation in this year’s Veolia Environment Wildlife Photographer of the Year competition. Their images are amongst the one hundred that have made a competitive shortlist, and are currently captivating audiences at the Natural History Museum in Kensington, London. 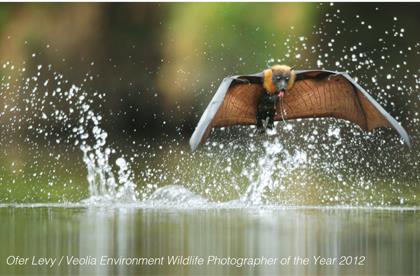 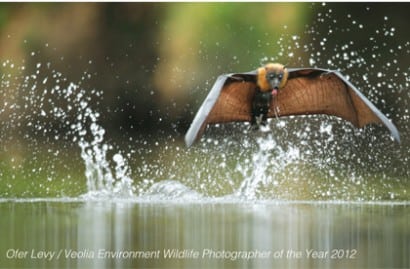 There is something almost hypnotizing about the perfect wildlife photograph. One that can capture the subtle beat of a butterfly’s wings, or the slow pull of a lumbering tortoise through incandescent water. Absorbed by the minutiae of natures otherwise unseen detail, the viewer can, for one moment at least, let concerns about tube delays, work deadlines, and unpaid bills slip away, as the natural world absorbs the imagination and amazes the senses.

Now in its 48th year, the Veolia Environment Wildlife Photographer of the Year exhibition does just that, casting a spotlight on the natural world as rarely seen by the everyday Londoner and providing an international showcase for the best nature photography of 2012.

Each year, tens of thousands of entries are received and whittled down by an international jury of photography experts to provide a receptive audience with the best of the best — a unique and rare insight into nature’s curiosities, and catastrophes, in one collection.

Presented in a sleek backlit display at the Natural History Museum, the one hundred winning images of the competition not only engage but also educate. For example, the category ‘The World in Our Hands’ explores the complex and often destructive relationship people have with the natural world.

Photographs such as Anna Henly’s fish-eye examination of a lone polar bear tentatively balanced on fractured sheets of ice confront the viewer with the inescapable conclusion that human actions have created this creature’s stark isolation, and precipitated his confusion with the changes wrought to his natural habitat.

It is in this category that Australian Paul Hilton’s commended photograph The end of sharks can be found. Capturing workers at Dong Gang Fish Market in Taiwan routinely processing thousands of frozen shark fins, this photograph is a powerful reminder of how the demands of human consumption are depleting our natural resources.

Paul Hilton is an Australian Hong Kong-based photojournalist who focuses on global environmental and conservation issues. In 2010 he launched his first book, highlighting the global shark-fining industry, Man & Shark.

He is one of two Australians earning prestigious recognition in this global competition. Ofer Levy first embraced his passion for photography whilst working as a Biology teacher, seeing the medium as a mechanism through which to promote his love for nature and conservation.

The resulting entry, Fly-by drinking is a captivating moment-in-time snapshot of a grey-headed flying fox as it swoops down to drink. The flying fox, Australia’s largest bat, is also one of our most vulnerable, with only around 300,000 remaining in existence. The bat is now protected, but its future remains uncertain with threats from rising temperatures, loss of habitat and human interactions challenging its existence. The unique perspective on this endangered Australian species earned Ofer a special commendation in the Gerald Durrell Award category of the competition.

For more information and pre-purchased tickets go to www.nhm.ac.uk/wildphoto.