Andrew Stockdale and his Wolfmother cohorts about to blast Britain

Wolfmother set to howl across the UK in April as part of their European live tour.

Aussie rockers Wolfmother are set to hit the UK next month with new music and live tour.

Andrew Stockdale and his mates are rolling out the brand new album, Victorious, across the world. They are currently slaying them States-side and will be landing in Europe in time for the spring sunshine.

“We wanted to get back to that big sound. The album is a balance of garage-y energy and big production. It’s wild, energetic and perfect for a festival main stage,” says Stockdale. 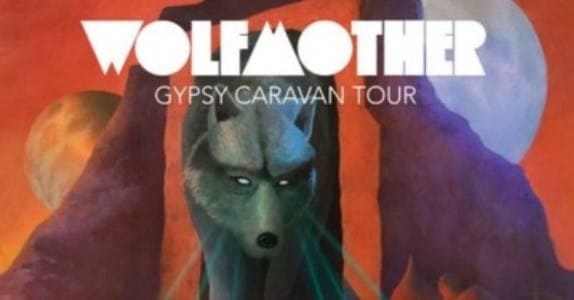 The album Victorious is out now. Give the killer single ‘Gypsy Caravan’ a spin (below). Wolfmother are back, baby!