Will the UK become a space-faring nation anytime soon?

The United Kingdom is perhaps one of the most interesting and important participants in the global space industry. Having only managed to launch its own rocket from the foreign ground some decades ago, and yet prior to the launch of Black Arrow and after, the UK has provided the world with leading science, technology, and engineering in spite of its lack of presence in actual orbit. But can it be regarded as a space-faring nation? 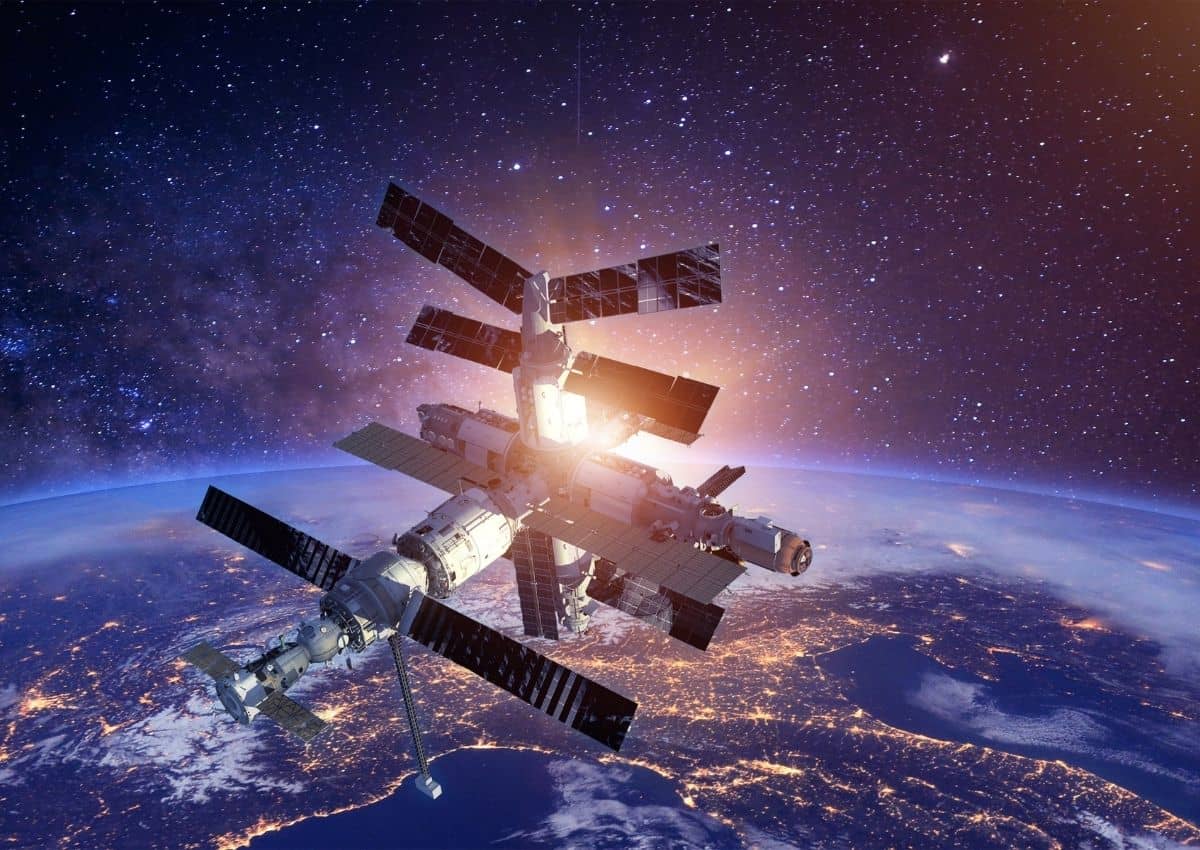 Though hard to define, it can be safely said that “space-faring nations” are the more dominant nations in the space race who are regularly/currently in command of orbital satellites, as well having people stationed in the only space station currently orbiting Earth, the International Space Station (ISS).

The ISS was a project composed of: NASA who represent the United States, Roscosmos for Russia, the European Space Agency (ESA), the Canadian Space Agency (CSA) and the Japan Aerospace Exploration Agency (JAXA).

Arguably, the above-listed entities, minus the ESA, certainly fit the space-faring nation category, which would certainly include China as they, as well as the USSR and USA, are the only 3 nations to have launched both orbital and suborbital space flights independent of other nations.

The ESA as an organisation is the obvious outlier as it is comprised of many nations with the UK included, despite the fact that the UK didn’t offer funding to the ISS at the time; it’s worth noting at this point that the UK membership within the ESA is presently unaffected by Brexit.

Eye to the Sky

Amongst members of the ESA, the UK is a prominent figure with an exemplary track record in small satellite and rocket manufacturing. In 1962, the UK launched the Ariel-1 from Florida in collaboration with the US, a mere five years after the first man-made satellite, Sputnik, was launched into orbit.

At the time, the UK had proudly declared itself as the third nation to become ‘space-faring’, following the US and USSR. Although the UK wasn’t self-sufficient in that it couldn’t facilitate launches from domestic soil, the Ariel-1 marked a watershed moment for the UK and the global space race overall.

In its time, the UK has seen over a hundred of its own satellites reach orbit, yet not a single one was launched from home turf. Though it has remained incredibly active in the realm of satellites, the UK has not created and launched an actual rocket in to orbit for fifty years since Black Arrow.

Since then, the ambition to reach the stars slowly began to dwindle and almost vanish entirely, but in 2020, the UK has made huge strides toward reclaiming that former glory and launching rockets from domestic grounds, adding to their status of being leaders in scientific research, technology, and satellite manufacturing.

It can be argued that as of approximately 2010, UK space industry was truly back in action. This is when all space-related efforts were compiled under the authority of the UKSA who, following the rebrand, also rekindled its relationship with NASA.

At this time, UKSA was leading the development of communications systems for NASA’s Lunar Gateway as part of the Artemis program, which accordingly has two massive objectives. Firstly, to get an American back on the moon by 2024, and secondly, to create a sustainable moon-base for research, as well as a way station for further space exploration, which is no small feat.

The UK’s involvement in such a project should indicate just how well-qualified for the job the UKSA is. According to a “Size & Health of the UK Space Industry 2018” report, the United Kingdom already commands a space-industry worth £14.8 billion with a wider GDP of over £300 billion stemming from its satellite services. A sizeable figure for a small nation with zero rocket launches.

The horizontal spaceport is to be developed on the coast of Britain in Newquay, Cornwall. Spaceport Cornwall is certainly one to watch as official reports indicate that the site is to host over 13,000 commercial satellites by 2030.

Here, Virgin Galactic’s commercial spaceflights will take place, soaring passengers up 55 miles into orbit. Though the height isn’t particularly acknowledged as actually being “in space”, the project has garnered a great deal of attention, especially with NASA and Virgin Galactic now being partners.

Next to this, there is Virgin Orbit (Virgin Galactic’s spin-off), a project geared towards deploying satellites in a nuanced manner. In this instance, Virgin Orbit takes a Boeing 747 and gives them a serious rework, allowing them to launch satellites from mid-air. Although there have been some technical issues, the company has partnered with ExoTerra, a smaller company to develop solar-powered upper stages for the ‘rocket’, which has the potential to allow these craft to soar way beyond Earth’s lower orbit.

The vertical launch sites in Scotland, namely Space Hub Sutherland and Shetland Space Centre, have most recently been completely approved thanks to their green vision, bringing the vision of orbital launches clearly into view.

The relationship between the two is somewhat complicated as they are both in competition to become the first sites to launch a rocket into orbit from the UK. To begin with, there is the Space Hub Sutherland. Here, a launch startup Orbex with Danish roots and US aerospace giant Lockheed Martin had been awarded a grand total of £17.4 billion to create the spaceport since it was announced two years ago.

But a thing to consider is why it moves so slowly with grants given to the mentioned companies as two years have already passed but no launch has been completed yet. Could the reason be that both companies treat the UK just as an additional location for their activities but preserve primary focus on launch opportunities out of the UK? Anyways, foreign companies seem to have not faced the desired treatment locally, especially Orbex.

One of the reasons why Orbex does not find many fans in Scotland may be related to Brexit and British attempt to get rid of European impact. It’s worth reminding that Orbex is managed by directors who work and live in Denmark and Germany, and the company has its roots in Copenhagen. Further, although Orbex promised to create additional workplaces in the UK when given a grant for the development of Sutherland spaceport (the expressed intent was to grow to around 130 local employees), they haven’t managed. Yet, they acknowledged they are considering Norway and Azores as backup locations for launch. Maybe their failure to deliver on the given promise and consideration of other options is something that hinders moving faster with rocket launches from the UK.

As for Lockheed Martin, another company of non-British origin, they recently decided to switch allegiances to the Shetland Spaceport, headed up by another UK-based launch startup by the name of Skyrora. The switch, according to a spokesperson for Lockheed Martin’s UK operations, reportedly noted that there were ‘conflicting requirements’ between the firms, as well as the appeal of more attractive sites for its UK Pathfinder Launch.

Looking on the bright side of the matter, Orbex spokesperson noted:

“After numerous discussions behind-the-scenes over the past 18 months we are pleased to see our colleagues in the UK Launch grant programme have found an alternate site for their American-built rockets.

The relocation of that larger project significantly simplifies operations at Space Hub Sutherland, allowing us to focus on UK-led operations and regulations.”

But whether these changes will allow for faster start of the launches from the above-mentioned spaceports is still unclear. Meanwhile, at the Shetland Spaceport, Skyrora has already made history having completed the first ground rocket tests in fifty years and became the first one to have already tested its rocket in the UK.

With the results of another survey of the UK space industry pending, it will be fascinating to see which figures jump and decline in the wake of 2020. With historic regulations being passed and a genuine view to launch as early as 2022, it seems as though both Brexit and Covid-19 have barely scratched the progress being made across the UK.

Although there have been some disruptions, it seems as though the UKSA is keeping its foot to the floor and eye to the sky as major developments continue to unravel.

Is the UK a space-faring nation? Perhaps not right now, but soon it will be and, if their background and the current infrastructure is anything to go by, the UK will be a gigantic contender in the global space race over the course of this decade.