‘What’s wrong with you?’ Aussie comic rockstar Anne Edmonds has a question for London

This is your chance to see Eddo in London at the very peak of her powers. There is nothing wrong with her. How about you? 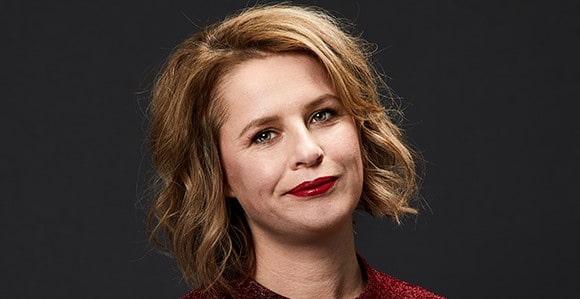 Not just you, but the whole lot of you.

Humanity has clearly flushed its own head down the drain and she can’t decide whether to pull you all up or leave you down there. Clear-eyed and in no mood to suffer fools, Eddo is as angry as she is over it.

Hilarious, surprising and completely on point, Anne Edmonds is the rockstar of Australian comedy and everybody knows it. Her reputation as the comedian that everyone (including other comedians) want to see is thanks to her incisive character performance skills and razor-sharp writing. Her punchlines don’t just sting, they poison. It’s that mojo which has seen Eddo’s status soar to the golden girl of Australian stand-up.

As seen on Stand Up on BBC Wales and a regular on Australian panel shows, Anne’s formidable sarong-wearing, kiwi mojito-sipping, fashion expert Helen Bidou recently became a viral sensation after appearing on Australian television. This is your chance to see Eddo at the very peak of her powers. There is nothing wrong with her. How about you?

ANNE EDMONDS: WHAT’S WRONG WITH YOU?