INTERVIEW | Australian mezzo-soprano and musical all-rounder Caitlin Hulcup talks to WILL FITZGIBBON ahead of her performance as Calbo in Gioachino Rossini’s opera Maometto secondo at Garsington Opera. 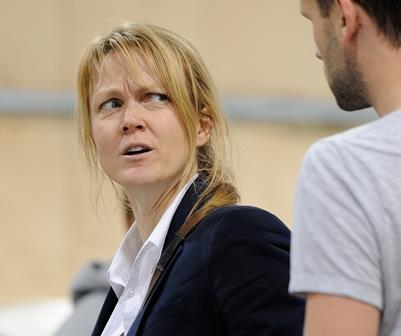 IF AUSTRALIAN mezzo-soprano Caitlin Hulcup was not so friendly and charming, her prodigious musical talents might make her easy to dislike from simple envy.

This month, Hulcup appears at Garsington Opera at Wormsley in a production of the 19th century Italian composer Gioachino Rossini’s opera Maometto secondo.

Yet before switching to opera, Hulcup was a regular sight for classical music audiences in Perth, Western Australia, where she worked with the Western Australian Symphony Orchestra and diverse chamber groups.

However it is as a mezzo-soprano that the Melbourne-born musical all-rounder now travels the world, performing from Australia to Russia.

Playing the violin and singing were competing parts of Hulcup’s life for a long time but one has finally won out.

“When I was a child I sang a lot with my mum,” Hulcup remembers, eating a falafel salad and seedless grapes after a morning’s opera rehearsal.

“Quite a few string players have become singers,” she says, underplaying her musical abilities in the typical self-effacing Australian way.

Hulcup remembers that quite a few friends and acquaintances thought she was mad to swap the violin bow for her own vocal chords. But as Hulcup quickly gained prominence by winning a string of scholarships and awards allowing her to study and perform in Europe, the decision has clearly paid off.

The invitation to perform at Garsington is further proof of the wisdom of the change.

But Hulcup admits she was a little stumped when she received the invitation to perform in Rossini’s little-known Maometto secundo.

After months of rehearsal, Hulcup is ready for this notoriously difficult part.

“It is virtuosic and everyone has a big range,” says Hulcup, opening the musical score to reveal page after page of tiny black notes indicating rapid rises and falls or coloratura.

Maometto secundo follows the personal and political story of a Byzantine emperor at war with Venice. For Hulcup, it is an opera of extremes — extremes of music and extremes of emotion.

Hulcup performs the male role of the Venetian Calbo, part of the ‘fine tradition of trouser roles’ for female mezzo-sopranos, she says.

Calbo is a suitor of Anna, the daughter of the embattled Venetian leader. While Anna’s father is desperate for his pride and joy to settle down with the reliable Calbo, Anna has fallen in love with the Byzantine chief, enemy of her father and of her nation.

It is perfect dramatic material for an opera. From belly dancers to nurses, Garsington Opera’s upcoming production has it all, Hulcup says.

“It’s a physical challenge,” Hulcup says about the heavy costumes and lights.

“You have to manage your energy really well, like not talking straight after singing.”

The new edition of the opera premiered in the United States of America last year. Reviewers praised the work for ‘the grandeur and beauty of this compelling music drama.’

It will be the first UK performance of Maometto secondo, continuing Garsington Opera’s tradition of producing lesser-known operas with great success.

“I’m really looking forward to performing at Garsington,” says Hulcup who is appearing for the first time at the famous opera festival that takes place just one hour from London.

Alongside Rossini, this year’s Garsington Opera will also feature operas by Mozart and Humperdinck.