US ambassador and Game of Thrones fan John Berry has urged Australian fans to respect copyright laws and stop downloading the show illegally. 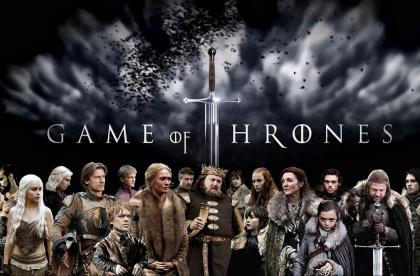 It was a loaded question, requiring all the diplomatic finesse acquired during 30 years in public office.

Did US ambassador John Berry – a diehard Game of Thrones fan – feel for Australians who rampantly download the hit US television show illegally instead of purchasing it?

The US has been pressuring countries like Australia over its affinity for pirating Hollywood blockbusters and TV dramas, concerned to protect intellectual property.

For the seasoned US ambassador it was a tough test of loyalty between the White House he represents and the Seven Kingdoms he loves. 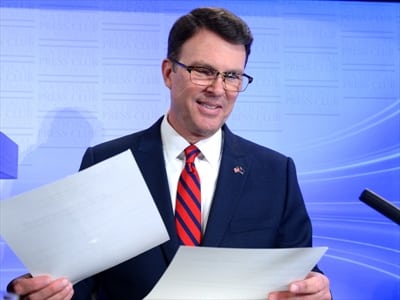 Despite having read both novels and watched – legally – all four TV seasons of the fantasy thriller, the ambassador’s better judgement kicked in.

“As much as I love and encourage people to watch Game of Thrones, it’s still a pretty good price at JB Hi-Fi,” he told the National Press Club in Canberra on Wednesday.

He then explained that America had a problem with Australia’s download culture as creators had to get a return on their investment or future innovation would be killed off.

The season four finale of Game of Thrones clocked up a record 1.5 million illegal downloads within 12 hours of being aired, making it the most pirated show in history.

Australians were among those pinching the program, and some reports suggest they are the biggest illegal downloaders in the world.

It appears the Australian government is taking notice, as legislative steps are being explored to clamp down on piracy.

Tags: Game of ThronesStage and screen