Undaunted: The Irish in Australia

IT was windy at the Archerfield Aerodrome in Brisbane on Friday February 19, 1937 when the mail-plane bound for Sydney took off on its usual route. 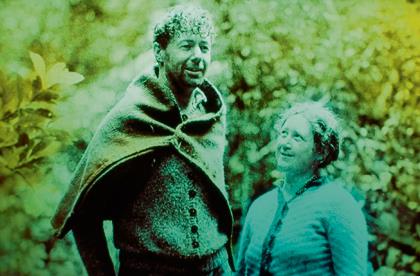 Undaunted is a collection of true stories about Irish men and women who travelled to Australia in search of a better life and battled against the odds in a remote and harsh world. From 1788 when the first convict ships landed to the mid-20th century, these true stories about settlers, convicts and their descendants highlight the best and worst of human behaviour in the kinds of dilemma that faced newcomers.

IT was windy at the Archerfield Aerodrome in Brisbane on Friday February 19, 1937 when the mail-plane bound for Sydney took off on its usual route.  It had no radio, and ahead of it on the McPherson Ranges there was a storm brewing.  By now, 34-year-old Bernard O’Reilly, his wife Viola and four-year-old daughter, Rhelma, were feeling the full force of it.  Their house was shaking.

“At dawn I went out to find the air full of flying leaves, and with every gust, [there was] a crash from the jungle,” wrote Bernard in his book Green Mountains.

“Progress down the paddocks was slow; it meant crouching behind a stump until a lull came, and then sprinting for the next cover … [Although] buildings were clearly visible in Brisbane, seventy miles [112 kilometres] north … four miles of our telephone line lay on the ground … huge trees, crashed and split … lay along the track.”

It was the next morning when Bernard first heard the news that a plane was missing, from his cousin’s house at ten o’clock.  He heard it over the radio, the report saying that the airliner had “last been seen south of Coff’s Harbour”, over 240 kilometres south of them on the coast of New South Wales.  Witnesses there even claimed that they had heard a plane coming down.  A week-long intensive aerial search looked everywhere for the plane the O’Reilly’s were accustomed to seeing go over their houses twice a day.

And then it was called off.  Mrs Proud, the mother of one of the passengers, thirty-year-old mining engineer, John Proud, offered a reward of 500 pounds for the search to continue.  But neither the air force nor civil air authorities took up her offer.  It was over.

“Anxiously we stood by the radio during news sessions hoping for word,” wrote Bernard.  Now he heard newsreaders saying “that the liner was missing over the wild Hawkesbury country near Sydney … [and] had actually been recorded in the log of a steamer off Barrenjoey Heads … There could be but one answer to the riddle — the ocean”, said Bernard.  “Even the people who lived at the head of Widgee Creek and who had seen the plane go into a cloud bank, perhaps a bare four minutes before it crashed, were forced to believe the overwhelming weight of evidence supplied by press and radio.

Still today people ask: Since the search was called off, the plane supposedly having gone down “nearly four hundred miles [640 kilometres] away”, what was it that made Bernard go?

An extract from one of the stories (The Missing Plane) in John Wright’s new book Undaunted: The Irish in Australia, published by The History Press Ireland, RRP £16.99, available from all good bookshops and online at www.thehistorypress.co.uk