Start getting excited for festival season with our list of the hottest UK musical events of the year. 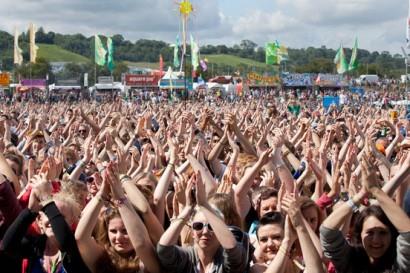 AUSSIES in the UK love to travel. They love to hit the pubs with their mates and have a good laugh. And they love their sport.

But there is one other thing that expat Australians living under the English ‘sun’ love as well. Festivals!

And there is no end to the musical goodness that comes with a festival, especially in this part of the world. Whether it be in a mudbath at Glasto (sadly, we’ll have to wait until 2013 for the next Glastonbury installment) or rockin’ out in London’s Hyde Park, the festivals of the UK are varied, they are extensive and they are awesome.

This year we’ve got everyone from The Boss (Bruce Springsteen) to Metallica hitting the British shores plus a few homegrown heroes too. So check out our Top 10 UK festivals, check the bank balance and get the glad rags on because Festival Season 2012 is going to be epic. Enjoy!

Download
When & where: Donington Park, 8-10 June
This festival has hosted some of the biggest names in headbanging and recently had legendary Aussie rockers AC/DC and Airbourne. Now in its 10th year, Download Festival is always a feast of metal and rock and the faithful will be loving this year’s lineup.

Who: Metallica, Black Sabbath, The Prodigy, Soundgarden, Tenacious D + many, many more.

Lovebox
When & where: Victoria Park, London, 15—17 June
It’s authentic, it’s righteous, it’s just so London. Not bad for a festival knocked together by good ol’ Groove Armada. Three days of heady music will have you in your element. Plus, it’s not far from home and in 2012 — they’re celebrating a decade of ‘love’.

Homelanz
When & where: Boston Manor Park, London, 16 June
Second year out for this brand new Aussie, Kiwi and Saffa festival of food, drink, culture and, of course, music. Muck in and support your fellow Australasian businesses and entertainers … many of them based in London, just like you.

Wireless
When & where: Hyde Park, London, 6-8 July
Isn’t it awesome having Hyde Park just round the corner. First there’s Hard Rock Calling, then there’s Wireless. And while Snoop wont be making headlines again this year, Fergie and her troupe of Black Eyed Peas will certainly be bringing the star power.

Sonisphere
When & where: Knebworth, 6-8 July
Love your rock? Sonisphere plays in 12 different countries across Europe and the UK version, on the hallowed grounds of Knebworth, will deliver some serious noise pollution. A couple of big Aussie names on the bill this year will sure to be a welcome addition to the epic list of artists. Get in!

Who: Kiss, Faith No More, Queen, Incubus, Wolfmother and Tim Minchin + many, many more.
(NB: After the publication of this article, this event was cancelled – Ed)

Latitude
When & where: Henham Park, Suffolk, 12-15 July
This festival has a more Euro feel about it than a Pommy one but it’s set on a grand old English manor and lets you dictate the mood. Florence and Vampire Weekend have been hits in the past couple of years but a host of newbies will be making their own mark in 2012.

Hard Rock Calling
When & where: Hyde Park, London, 13-15 July
Depressed because there ain’t no Glasto this year? Don’t fret, London’s got the antedote right on your front porch. The bands are just as big and you don’t have to muck around with all the hassles of camping. Plus should you pick up, it’s off to your place instead of a tent. Rock on!

V Festival
When & where: Chelmsford and Staffordshire, 18-19 August
We don’t know if Dicky Branson will be here riding a Virgin spaceship but it wouldn’t surprise us. This bigger and older cousin to the V Festival in Australia serves up a decent dose of pop, rock, rap and r&b, so there’s pretty much something for every good little consumer.

Who: The Killers, Snow Patrol, The Stone Roses, Noel Gallagher’s High Flying Birds + many, many more.

Reading
When & where: Reading (and Leeds), 24-26 August
If they’re on the bill here, you know they love to play cos they tear the roof off in one town, then head to the next and do it all again the very next day. Think indie rock, lots of beer and even more fun! Plus it’s over the August Bank Holiday. Winner!

Who: The Cure, Foo Fighters, Kasabian, The Vaccines, Kaiser Chiefs + many, many more.

South West Four
When & where: Clapham Common, London, 25-26 August
Want to get your groove on? Then why not bop a weekend away at one of the world’s best dance fests. Plus Carl Cox is appearing in his UK Festival exclusive show. So get on down to the Common!