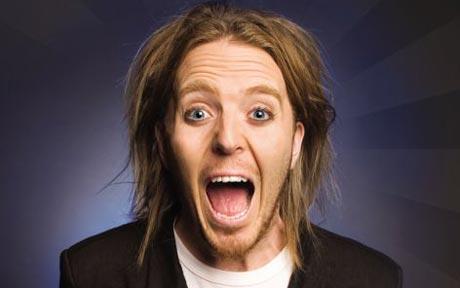 AUSTRALIAN actor-comedian Tim Minchin is planning to create a musical adaptation of the 1993 film Groundhog Day.

Matthew Warchus (Simpatico) will direct while Minchin will write the music and lyrics, according to the comedian’s blog.

Danny Rubin, who wrote the original script for the film, will also work on the musical.

Harold Ramis’ Groundhog Day, starring Bill Murray, follows the life of a weatherman who, after being sent to a small town for work, gets stuck in a time loop, living the same day over and over again.

Minchin said the film’s story was “perfectly suited” for the stage.

“Our version of Groundhog Day is going to be both instantly recognisable, and utterly different,” he said.

“I think many of its ideas could be enhanced by the stage. It has the potential to be complex, dark, visually fascinating, and thematically rich, whilst still being a joyous romantic comedy with cool tunes and lots of gags.”

Minchin has appeared on various television shows, including the US series Californication.

He won best supporting actor last year for his role in Jesus Christ Superstar at the UK Whatsonstage.com Awards.

Minchin said the Groundhog Day musical would be released “within a couple of years”. -AAP