Set in a shut down psychiatric ward in London, Australian theatre director Chris Hosking's new production explores the stories of its mental health patients. This performance is part of the Shuffle Festival. 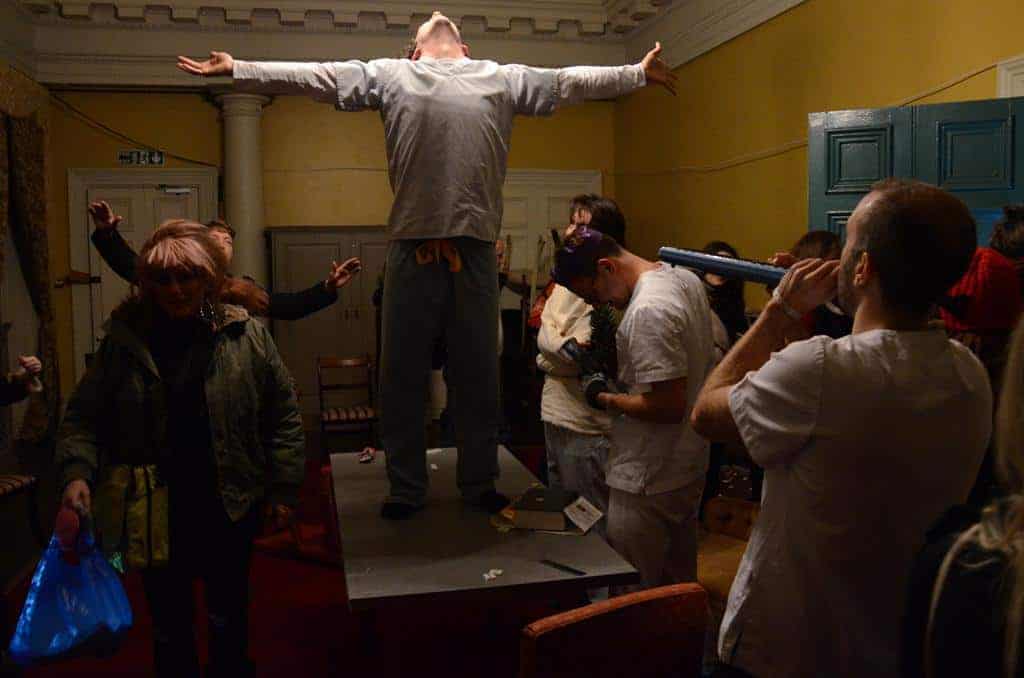 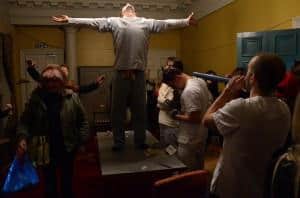 A NEW play in Mile End has transformed shut down mental health hospital St Clements into an immerse theatre experience.

Australian theatre director Chris Hosking directed one of the four plays making up the performance for part of the Shuffle Festival.

“My piece starts to show the more sensitive human moments that you used to find in this building when it used to be a psychiatric ward,” says Hosking.

“Near the end there is a scrabble game (with all the nurses, doctors and patients) which goes hopelessly out of control.

“But what it’s really about is the need for these people to share with each other and get better.”

Sharing was also a large part of the process with cast and crew who spent time early on in the process discussing their own encounters with mental health conditions themselves or with patients.

“There’s quite a few of our cast who have had relatives or close friends who have struggled with mental health issues or experiences.

“One of our writers spent quite a long time in hospital institutionalised.

“Everyone has people in their life who have been affected by affective disorder. I certainly have in terms of my grandfather who had to be cared for towards the end of his life for dementia,” says Hosking.

“Or for my friends who suffer from bi-polar or seasonal affective disorder, it’s not uncommon.”

Hosking talks with great affection for the hospital being converted to a theatre space which he describes as “almost a character in its own right”.

This led to a number of choices in minimal set design and costume so the location could tell its own story; a story as recent as 2005 when the hospital shut down. 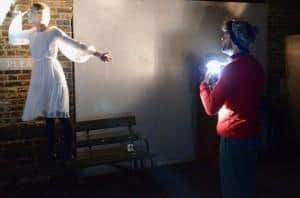 This current production through the Planktonic Players for the Shuffle Festival centred on a particular location is in contrast to the touring productions produced by Hosking’s newly formed Mr D theatre company.

For a relatively new director on the British theatre scene, Hosking is gaining traction fast.

“They’ve got some fantastic theatre education in London and they’ve got a great theatre scene,” he says.

“I knew I wanted to be a theatre director so I headed over to London to get my training and finished last year.

“Now I’ve stayed here to put theatre up in London and hope to one day tour some theatre back to Australia.”

Following this current production Hosking’s company will be taking a series of three short Tennessee Williams plays from the 40s, 50s and 60s which will tour around the fringes of London to schools and resident halls.

“I get to work with three English actors in what is a thoroughly southern American series of plays, which is fantastic,” Hosking says.

Hosking is deeply intrigued in the performance of British actors and their interest in studying performance texts.

For a unique slice of London history as directed by an Australian and his English counterparts head down to see the Planktonic Players at Shuffle Festival.

For more information and to book tickets visit www.shufflefestival.com