The world according to Washington

Washington, one of the most talented young musicians around, is suddenly causing a very big stir on the international music scene. SHANNON CRANE had a chat with the shooting Aussie star and found out just how she stays grounded despite her overwhelming success. 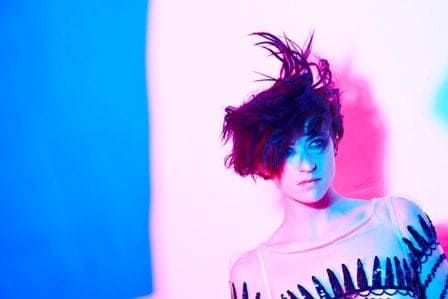 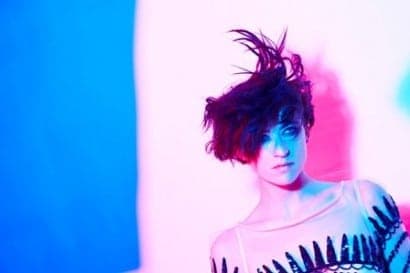 “Everytime you Google yourself you may as well just punch yourself in the face.”

As the Melbourne-based 24-year-old tours the UK and US to mark the international release of her debut album I Believe You Liar, she explains her reasoning behind her theory.

“I haven’t really been stalking myself to see how it’s [the album] been received,” she says.

“Once you start to care how things are received, you start creating [music] as though people are going to be assessing or quantifying what you do.

“Thinking that way is just setting yourself up for making shit music.”

But while Megan Washington, who records only under her surname, has no desire to whack her name into Google, we here at Australian Times felt differently.

But it seems the Brisbane-raised singer has nothing to worry about.

With reviews like “extremely impressive”, “fabulously eccentric” and “a brilliant and diverse album of art-pop magic” pouring out around the world, it seems it’s not only Australian audiences who have been won over by her music.

Such high praise comes after the songstress won Best Female Artist and Best Breakthrough Artist at the 2010 Arias, and she’s just been nominated for two more gongs at this year’s awards.

From her New York hotel room, the Megan behind the Washington admits it all just feels “terribly grown up”.

“[The album] came out everywhere, including like the Ukraine, Fiji and stuff,” she says.

“It’s great but it’s a weird thing, going from making a record in a shed in Camberwell in Melbourne and then knowing that if you go to a shop in the Ukraine you can get my record. It’s kinda funny”.

To coincide with I Believe You Liar’s international release, she’s also put together an eight-track exclusive to keep her Aussie fans happy.

Aptly titled Insomnia, the record is an insight into what has been an extremely tough and sleepless year for Washington.

“I had a funny year this year, I was quite unlucky,” she says openly.

“I was hospitalised with pneumonia twice and that was kinda tough. I just couldn’t shake it.

“I became an insomniac, quite acutely, which just f*cks with your entire life.

“It just makes you feel like you’re dreaming, even when things are real. I feel like you can hear that in the record, it’s very solitary and dreamy.

“I had some personal issues and I just kind of wrote through it.”

Another area of her life which has a big influence on her songwriting is her family.

Washington’s dad, mum and sister, who all live in Brisbane, are frequently mentioned in her lyrics, albeit unintentionally.

“It just sort of comes out. I didn’t really realise how much I wrote about my family until someone pointed it out, then I sort of listened and yeah, I do,” she says.

“They’re really important. I haven’t seen my mother in like two months and that’s basically the longest I’ve gone without seeing my mother in a long time.

“We’re a really close family. My family are a huge part of what I do and how I contextualise myself in the world.  I can’t really speak enough about how important they are.”

So after such a jam-packed, turbulent 18 months, what’s next for Washington?

She admits that taking some time out would be nice, and who could blame her.

“I would like to actually sort of disappear into a cave and really concentrate on making music and writing.

“I would like to actually start living a little bit so I have something to write about.”

But first of all she’s got a London show – tonight at Bush Hall in Shepherd’s Bush – some songwriting in New York and Paris to do and a show at the Sydney Opera House to keep her busy.

So despite her desire to slow down, it doesn’t look like that’s bound to happen any time soon.

Which will no doubt come as good news for her now international fan base.