The Triffids to play ‘Born Sandy Devotional’ in its entirety, in London

Seminal Aussie band The Triffids set for a special performance of their most important album ‘Born Sandy Devotional’ in memorial to founding member David McComb.

To celebrate 30 years since its release, the remaining members of the band – Rob McComb, Alsy MacDonald, Martyn Casey, Jill Birt and Graham Lee and some guests –  will perform the album Born Sandy Devotional in its’ entirety in memorial to founding member David McComb.

The Triffids were hailed by the music media as one of the most influential and important bands to come from Australia and their 1986 album Born Sandy Devotional, which includes one of the band’s best known songs ‘Wide Open Road’, has become a modern classic.

Led by singer and songwriter David McComb, The Triffids formed in Perth in 1978 and soon relocated to London, achieving popularity throughout Europe and becoming the first Australian group since the Seekers to feature on the cover of New Musical Express (NME).

In 2008 the band was inducted into the Australian Rock And Roll Hall of Fame by Nick Cave.

In October 2010 Born Sandy Devotional was listed at No. 5 in the book 100 Best Australian Albums. 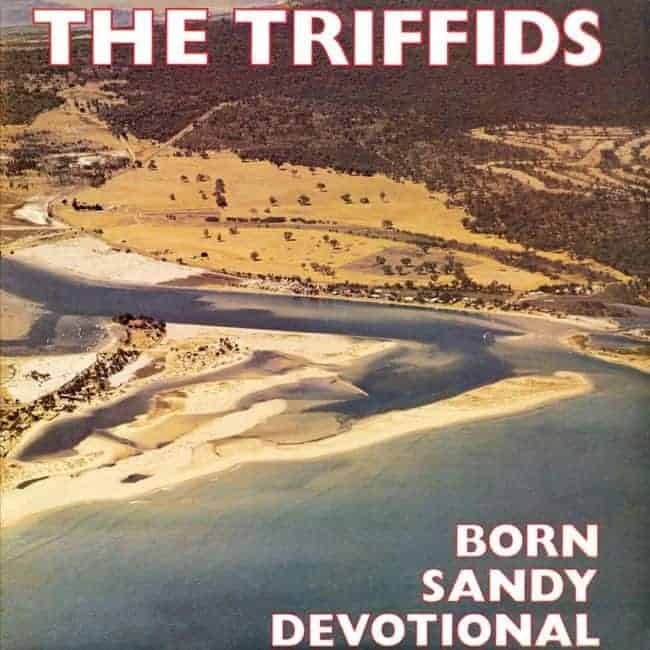 Graham Lee, guitarist for The Triffids, said of the upcoming show;

“The Triffids was a close knit band for many years none more so than 1985 when we recorded Born Sandy Devotional at Mark Angelo Studios in Britton St, Farringdon (there’s a plaque erected by fans to commemorate the fact). The record was released in 1986 and has since become a classic regularly scoring a spot on lists of the best all-time Australian albums.

“David McComb, who was the driving force behind this collection of superb songs tied together by the theme of unrequited love (mostly his), died in 1999 literally of a broken heart. We, the remaining members of the band, get together infrequently with the sole purpose of remembering our friend and brother by performing his songs.

“We are very excited to be performing the entire Born Sandy Devotional album on this trip to London. We will have special guests in tow who similarly miss Dave and feel a debt to him. Confirmed so far are Rob Snarski from the Blackeyed Susans who was Dave’s close friend and favourite vocalist and JP Shilo from the legendary Hungry Ghosts and Blackeyed Susans. More will be announced closer to the time.

“These shows are always emotional blockbusters for us and the audience as Dave’s presence is almost palpable. The mood though is one of celebration rather than regret. We hope you can join us for a very special show.”

The London show featuring Born Sandy Devotional in its entirety as well as other Triffids hits, will be the band’s only UK performance.

For tickets for The Triffids at Islington Town Hall in London on October 21st,  click here