The Temper Trap - they’re not just the biggest contemporary Australian band at the moment, they are also the latest conquerors of London’s Koko. Over two huge nights in Camden last week, the Aussie rockers (now famous the world over) served it up to screaming Aussie expats and thrilled to bits Brits. 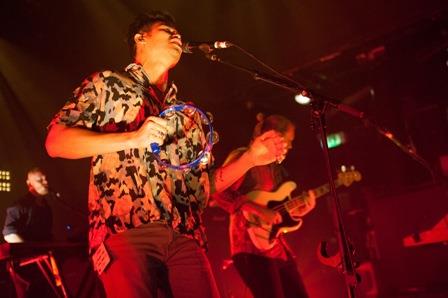 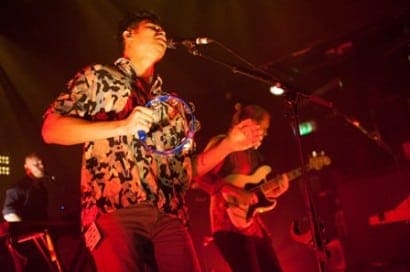 THE TEMPER TRAP. They’re not just the biggest contemporary Australian band at the moment, they are also the latest conquerors of London’s Koko. Over two huge nights in Camden last week, the Aussie rockers (now famous the world over) served it up to screaming Aussie expats and thrilled to bits Brits.

While it may have taken the five-piece a little while to warm-up, as they played some new songs off their just released self-titled new album Temper Trap, once they hit their straps there was no denying that these guys are on a serious course for world domination.

‘Love Lost’ and new single ‘Rabbit Hole’ were the appetisers for the insatiable London crowd but it was ‘Down River’ that seemed to wake lead singer Dougy Mandagi up into the infectious force that he’s known to be. Once in full flight, Mandagi and his Temper Trap crew soared from blissful highs to soulful lows.

The build up to their encore was mesmirising, which even had the visiting Chris Lilley (of Summer Heights High and Angry Boys fame) enraptured. ‘Science Of Fear’ led onto ‘Resurrection’ which fuelled ‘Drum Song’ and when Mandagi wasn’t belting out powerful notes from the front of stage, he was prancing around with drumsticks in hand, adding to the river of sound. They were electric, they were awesome, they were The Temper Trap. And when they were in their element, there was no stopping them.

When the band returned to the stage for their encore – after a brief break that had the palpable crowd wanting more (one excited expat tried unsuccessfully to get the chant ‘Aussie, Aussie, Aussie’ going), they lifted to yet another level. A beautifully drawn out ‘Soldier On’ had hearts in throats, but the night could only belong to one song — the internationally acclaimed ‘Sweet Disposition’. Masking it cleverly with another track to begin, when the famous chords started to show through – the crowd went crazy and the band even more so. The force that is The Temper Trap and their army of admirers lifted the roof and fed the night with what is, for this scribe at least, one of the best songs of all time.

It was hard to come down from the high that ‘Sweet Disposition’ left the crowd on but after the show The Temper Trap frontman told Australian Times that it’s just as hard for the band to top playing in front of an Aussie crowd. 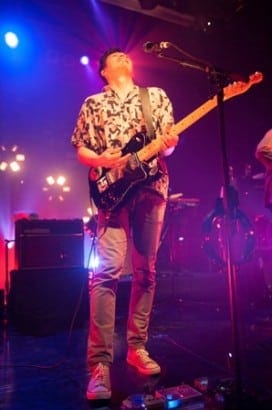 “It’s very good, very good playing in London — but nothing tops your hometown crowds,” Mandagi said after the gig. As an expat Australian living in London himself, he said he loved the support the band enjoys from the London Aussie community here but doesn’t necessarily want to limit their audience to just the Antipodean set.

However, no matter where they are in the world or where their success might take them, Mandagi said the band would never forget their Aussie roots.

“We’re not shy about the fact that we’re an Australian band — we’re quite proud of it and you know, we’re a long way from home so it feels good to be making a life somewhere – especially in a place like London – where there are so many things going on, so much competition. We’re just a small little band from Australia but we’re making an impact here — it’s a good feeling and we’re glad to be representing Australia!”