Ronny Chieng and The Ron Way round

Ronny Chieng once claimed that if he had his own Wikipedia page all his dreams would be fulfilled and he would stop working. 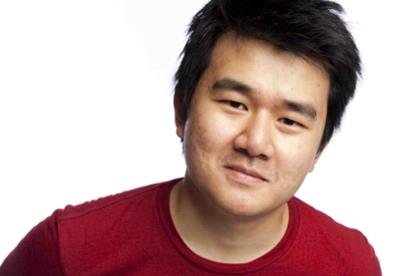 By Gareth Mohen
RONNY CHIENG once claimed that if he had his own Wikipedia page all his dreams would be fulfilled and he would stop working.

He still doesn’t have a page, so he’s been touring comedy around the world instead, including a recent stint at London’s Soho Theatre with his show The Ron Way (winner of the Best Newcomer Award, Melbourne Comedy Festival 2012).

“I actively encourage anyone reading this article to go make a Wikipedia page,” he says.

“I think once you’ve got a Wikipedia page you’ve made it. But it has to be more than a stub. It has to be a full on article – a bibliography and references.”

Chieng also admits he used to try to impress girls by telling them to go to Wikipedia and look for the definition of ‘Beautiful’, where he had edited in their name.

When asked whether this was a successful approach, he confirms the obvious: “Did not work at all!”

However, watching Chieng perform, it is evident he is continually trying to understand the female species better, albeit (as his show’s title suggests) he may be doing it The Ron Way.

His comedy on the other hand has been done correctly and ties together his experiences growing up in Malaysia and more recently his time studying law at ‘the best university’ – Melbourne University.

He is a qualified lawyer and was practising law at the same time he won the Best Newcomer Award in Melbourne, although he has steered clear of using his experiences in the law as fodder.

Instead Chieng draws on his life experiences and observations, adapting his material as he travels around the globe.

“In Malaysia, for example, if you make specific local references noone outside Malaysia will get it,” he says.

“Comedians there do specific references in languages like Malay, or dialects of Chinese. It’s still English stand up but Malaysian English uses a lot of Malay words or slangs or inflections.

“That’s a clear example of stuff that would just destroy a Malaysian audience. People love local references in Malaysia.

“Asia and the US are very into quick fast paced comedy whereas Australia, and the UK to some extent, are more patient. They allow longer for set ups.”

Watching Chieng have time to work his set ups properly is a real treat.

There is a constant struggle between the audience being on board and off board with his sometimes abrasive manner. One particular audience member from Perth was squirming throughout but particularly when Chieng recounted a savage encounter he had with some bitumen on Rottnest.

Chieng delights in laying full throttle into outlining the things that have caused him grief, whilst still seeking audience approval.

He’s the friend that insults you and checks afterwards that they haven’t hurt your feelings.

Of course this is all part of the act.

“Backstage I just freak out and drink water and talk to myself,” he says.

“If you see me backstage, it’s horrible. I’m just yelling to myself and swearing and running through the jokes in my head and going ‘this is not going to work’.

“Before you get on there’s definitely that 10-20 seconds where you’re like ‘none of this is going to be funny’. That moment is the worst moment.”

Chieng is a must see comic, and if you’ve missed seeing him recently it is probably worth purchasing one of his ‘Members Only’ towels, off his website, to keep you comfort until he is back.

It’s not worth mentioning here what the towel is for. That would just spoil the joke.