The Rolling Stones tipped to play Australia in 2014

Concert promoters are in talks to bring The Rolling Stones to Australia in 2014 for a string of stadium shows, and to open the redeveloped Adelaide Oval. 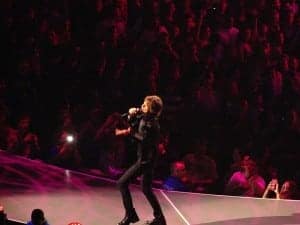 THE Rolling Stones are being head-hunted to perform at the redeveloped Adelaide Oval in 2014.

If signed, the concert will be one of the largest held in Adelaide with an estimated 70,000 Stones fans expected to pack the new venue.

Top-level sources have told The Advertiser two of Australia’s biggest concert promoters are in talks to bring The Rolling Stones back to Australia for a string of stadium shows, and to perform at the first live music event at the new $500 million (£290 million) Adelaide Oval.

It will be the first time the band has played in Adelaide in 20 years.

The tour deal is likely to be one of the biggest in recent history and fans will be paying out some of the most expensive concert ticket prices seen in Australia.

Industry insiders have said the South Australian State Government would have to pay several million dollars to attract, arguably the world’s greatest rock and roll band for the one-off appearance.

The Rolling Stones were formed in London 1962. They were inducted into the Rock and Roll Hall of Fame in 1989, and the UK Music Hall of Fame in 2004. Rolling Stone magazine ranked them fourth on the 100 Greatest Artists of All Time list and their estimated album sales are above 200 million. Earlier this year they headlined the Glastonbury Festival.