The Mars Volta have been added to the Hard Rock Calling line-up in London, joining Soundgarden and Aussie legends Cold Chisel. 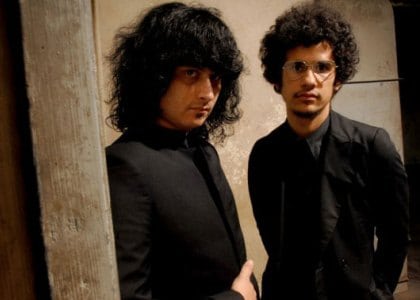 With their dizzying compositions, breathtaking precision and jaw-dropping sonic daring, The Mars Volta are one of the world’s great live acts, as anyone who has experienced the band live will attest.

With the brand new album Noctourniquet under their hat (or more likely tangled in their hair somewhere), TMV will be headlining the second stage on the Friday 13 July instalment of Hard Rock Calling in London’s Hyde Park, joining Soundgarden, Iggy and the Stooges and Cold Chisel for what is shaping up to be one of the music festival highlights of 2012.

Also recently added to the Friday bill are: Black Stone Cherry, Skindred, Kids In Glass Houses and Life In Film.

Event organisers Live Nation told Australian Times that tickets to Hard Rock Calling on Sunday 15 July, where Paul Simon will be playing his landmark Graceland album in its entirety, are also selling fast.

Keep an eye out next week for the special bumper Music Festivals pull-out in the Australian Times newspaper.