The man behind the tape

It takes a great show to sell out a venue at the Edinburgh Fringe Festival but takes an even greater show to come back the next year with the same show, upgrade to a larger venue and sell it out once again. That's exactly what The Boy With Tape On His Face did this year. 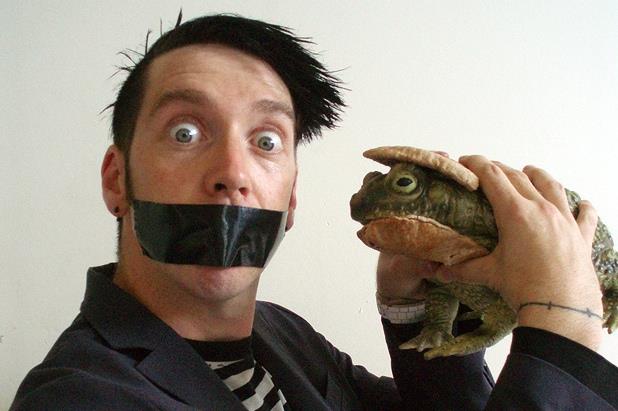 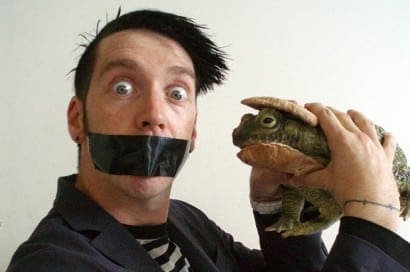 WITH the Edinburgh Fringe Festival 2011 fading into memory, it still remains the Mecca for any performer and it takes a great show to sell out a venue at the legendary festival. But it takes a uniquely popular show to not only sell out a venue but to come back the following year with the exact same show, upgrade to a larger venue and still be turning away disappointed fans unable to get tickets. That’s exactly what The Boy With Tape On His Face did this year.

“It was a wee bit scary because we were doing a return season of the same show from last year and it was sort of like ‘We’re back… with the same show!’ Last year it was 120 seater at the Guilded Balloon and this year we upgraded to a 350 seater so there was a little bit of panic,” The Boy With Tape On His Face told Australian Times.

The man behind the tape is Sam Wills, a 32 year old New Zealander who has been performing since he began as an apprentice clown when he was 13. With years of street performing, as well as a diploma in New Circus from the Christchurch Polytechnic Institute of Technology which is stored proudly “in a suitcase in my parents garage”, Wills’ latest incarnation as The Boy is proving a success.

“I’ve been doing it (The Boy With Tape On His Face) seriously for three and a half years. It came about because I was bored doing the other shows. So I created this character and developed a five minute show and it’s essentially clowning. So I don’t have to worry about topical references or any sort of political themes, it’s just me going ‘right what’s a subject matter that everyone can relate to and how can I find a gag for it’. So I’ll keep doing this until I get bored and then I’ll do something else. Probably open a book shop!”

The show itself is described as “mime with noise; stand-up with no talking; drama with no acting” and it’s this combination that is winning over audiences at every performance. With a show almost entirely reliant on audience involvement, Wills is all too aware of the delicate relationship between the performer and the crowd.

“Being a street performer I’m really respectful of my audience and I’ve seen so many shows where other comedians are just cruel to the audience but in my show, without the audience I’ve got no show. I try and create an environment where people want to be up on stage and when they leave the stage, it’s to a huge round of applause as the hero of the bit. At the end if people leave my show going ‘awww I wish he picked me’ then that’s a good show.”

And the good shows keep on coming for Wills who recently performed as The Boy at the first ever Comedy Proms at the Royal Albert Hall.

“It was an amazing experience. Such an amazing venue, and I’m standing there on stage with an entire orchestra behind me, shaking two horse heads and all I can think to myself is ‘What am I doing with my life’. But it’s definitely up there in my top five gigs.”

As a proud Kiwi who goes back once a year, is there any link between The Boy and Australia?

“I get the tape from Australia. I ship the tape fromAustraliato my parents inNew Zealandand they send it to me over here in London.”

And when he takes the tape off?

“No one recognises me. Pop on some glasses and I’m like the opposite to Clark Kent.”

The Boy With Tape On His Face plays London’s Comedy Store 27-29 Nov. For more details, check out TheBoyWithTapeOnHisFace.com