The Jezabels are taking no prisoners

REVIEW | In the moments before The Jezabels took the stage at XOYO in Shoreditch, suspense and anticipation were sky high. 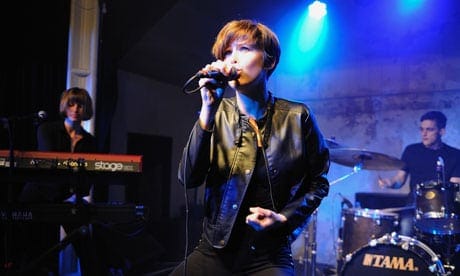 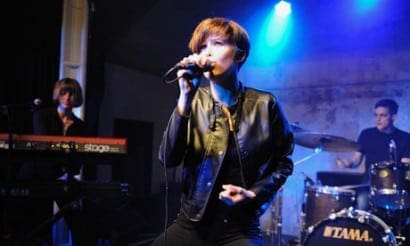 IN the moments before The Jezabels took the stage at XOYO in Shoreditch this week, suspense and anticipation were sky high.

After what seemed like forever, the lights dimmed and the Sydney four-piece emerged. The cheering began.

It was clear the crowd expected big things from this band, whose fanbase is growing at rapid speeds.

But as front-woman Hayley Mary stepped up to the microphone and belted out her first note, it was clear we were not about to be disappointed.

That voice is exactly what all the fuss is about. From the opening track, Dark Storm, the crowd was engrossed, and for obvious reasons.

Despite some initial technical problems, The Jezabels were on form.

With each line and every one of Mary’s passionate, hip-swinging dance moves, the mood intensified.

During Mace Spray, from their long-awaited debut album, Prisoner, the atmosphere in the underground, intimate venue darkened.

The moving lyrics coupled with Mary’s incredible vocal range and the driving drums from Nik Kaloper sent a shiver ran down my spine, and I doubt I was the only one.

As the set continued the crowd sung along to every word.

Endless Summer, one of the quartet’s more poppy tracks, was another clear favourite, getting the sold-out crowd bopping about.

But it was Easy to Love from the She’s So Hard EP that was the highlight of the night. That voice, those drums and the love for what they do took the audience to a new height during this epic track.

As the band left the stage, the crowd screamed. It was clear they were not going to escape without an encore.

They returned for one track in the shape of Disco Biscuit Love to get the crowd dancing and wrap up what was an emotional, moving and just damn outstanding gig.

If you missed out, bad luck. Because that was possibly the last time these guys will play on such a small stage.

Big things are in store.