The Five People You Will Meet At Every Festival

FACE THE FESTIVAL 2013 | The people you go with can make or break any festival, no matter who’s playing and what the weather’s like. You’re also likely to meet a few, erm, characters along the way. To help you spot them, we’ve compiled a list of the five people you’re most likely to meet this festival season. 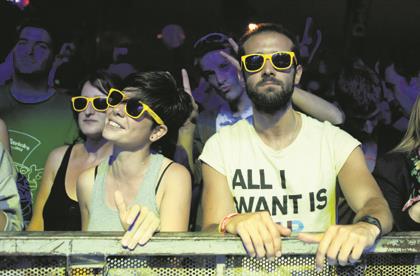 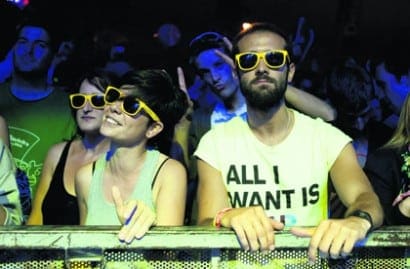 FESTIVAL season is almost upon us! Who doesn’t love a good festival? It’s that one special time a year you get to exchange body sweat with a thousand people just by jumping around in a mosh pit.

The people you go with can make or break any festival, no matter who’s playing and what the weather’s like. You’re also likely to meet a few, erm, characters along the way. To help you spot them, we’ve compiled a list of the five people you’re most likely to meet this festival season.

Set List Guy has figured out how to maximise your enjoyment. How? By printing out the festival’s set list and consulting it every 20 minutes.

Is there an overlap of two acts that he absolutely has to see? Never fear – Set List Guy will work out the precise moment you must leave the first act and head to the second, while factoring in time for shoving through crowds. See? Fun to be had by all!

My advice – unless there is someone you are just desperate to see, leave Set List Guy to his schedule and just go with the flow.

You will likely find your New Best Friend dancing next to you in the mosh pit. This person will have probably have little regard for personal boundaries, but that’s okay. This moment in time is so amazing that it’s nice to share it by hugging someone — depending on your level of inebriation and the other person’s level of attractiveness/hygiene.

Cue attempting to get on each other’s shoulders, taking fifteen identical photos together and having a badly timed deep and meaningful (like, right during your favourite song).

New Best Friends can make for an amazing day, but judge it wrong and they could easily become the Creepy Stranger. 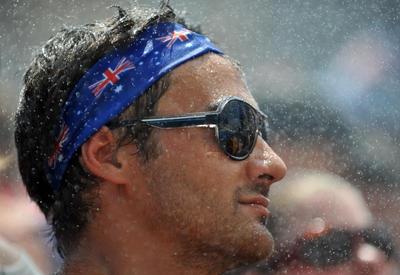 The Creepy Stranger. You can’t quite remember when this person joined your group, but you’re pretty sure you weren’t involved. You think this person is a friend of a friend. Hours later you all realise that nobody has any idea who this person is, because everyone thought the same thing.

The Creepy Stranger will constantly suggest new, fun things for all of you to do, with a manic glint in his eye. All of these things revolve around the procurement of more alcohol and/or drugs. He will never, ever voluntarily leave your group, because he has nowhere better to be. All together now – on three, run away.

The Person Who Forgot Everything

You’re going to a camping festival, so a sensible person might think you need appropriate supplies.

Not this person. The Person Who Forgot Everything will literally forget every single thing that you possibly need while camping for a number of days. This includes things like: batteries, toothpaste, clean underwear, a torch, a jumper, extra supplies of snacks and alcohol, and quite possibly a tent. Someone else will bring that, right?

The Person Who Forgot Everything will, however, have brought the following: ten outfits for a three day festival, Ray Bans, brand new Hunter wellies, a hair straightener, two mobile phones, and their favourite pillow from home. When it comes to things they will actually need, they will scab off you.

The Living in the Past Guy

How silly of you. You actually decided to buy a ticket to this festival? Honestly, you shouldn’t have bothered. It was so much better ten years ago/when this band were still together/before it became really popular.

The Living in the Past Guy will have no problem telling you all about how much the festival sucks now, and how good it used to be. You know, despite the fact that he also bought a ticket to the same event. This person will do nothing except kill your buzz. Avoid at all costs.