When you are travelling around Europe, you don't always have time to keep up-to-date with the most recent Aussie music. Luckily KIEL EGGING has taken the time to give Australian Times readers a run-down of the biggest Aussie tunes that they have missed so far this year.

by Kiel Egging
in Entertainment, Lifestyle 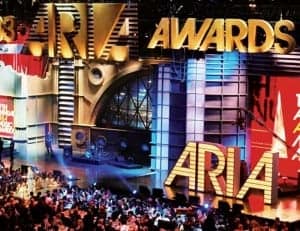 During my travels around Europe over the last few months, I’ve lost count of the amount of times that I have heard Daft Punk’s Get Lucky, Robin Thicke’s Blurred Lines or tracks from Macklemore & Ryan Lewis, P!nk and Justin Timberlake blaring out of a club.

As a result of all the partying and repetition in each club (oh, and that little thing called travelling as well), my usual intake of home-grown hits has been depleted.  But – during my downtime – I’ve managed to take a quick listen to what has surfaced while I’m away, and compare it with what tunes were booming just before I left.

The result: a selection of the biggest tracks from Australian artists this year so far, which you have probably missed while you have been living it up here in London (or other parts of the globe, for that matter).

Empire of the Sun — Alive

Fresh from touring and collaborating with Elton John via his original band Pnau, Nick Littlemore regrouped with the zany Luke Steele in April to bring us the first track in five years from the Walking On A Dream hit-makers. It’s a massive return as well — Alive is packed with an anthemic chorus and some solid production that makes it impossible to not tap your foot (or fist-pump) along.  Their extravagant outfits are back in full force as well — just check out the clip below.  I haven’t sat down yet to hear Empire’s sophomore album Ice On The Dune, but fingers crossed it’s been worth the long wait between releases.

A former expat-Londoner who floored everyone with his hit Brother last year, winning the ARIA for Single of the Year. Corby has been busy working on his debut album, which is set for release in late 2013.  Resolution is the first offering from it, and it builds from intricate guitar into a powerful track that serves as yet another showcase of his sublimely raw vocal talents.  And to think this dude was almost swallowed up by the Australian Idol machine when he was runner-up in 2007.

Okay, so this was technically released in 2012.  But since this track reached No.4 on the Triple J Hottest 100 back on Australia Day, Flume has blown up and found himself all as the crossover electro-hype act it’s cool to like. That hype has transferred over here as well — he just did two sold out shows at Heaven nightclub and headlined one of the smaller stages at the Wireless festival earlier this month.

Who else but the band’s frontman to offer us the first bit of work since Powderfinger called it a day in 2010?  Battleships is the lead single from Fanning’s second solo album Departures (released back home last month) — and thankfully, it’s more swagger-filled and shies away from the country/folk-ish twang that dominated his 2005 debut Tea and Sympathy.  Expect the chorus and atmospheric guitar to hang around in your head for a few days.

An incredibly wussy offering compared their previous stuff, Lanterns was featured in all the Channel 7 promotional advertisements for US drama Revenge during the Australian Open in January, meaning the chorus was firmly engrained in your head by late summer. It also led to it become a local radio staple back home, and, showing there’s no escape, I even heard it blaring out of an Itsu store in London just last week.  It’s a hearty song, but you could just as easily hit the ‘next’ button before the one-minute-mark due to its lack of bite.  Check out their more-recent single When The Night Falls Quiet instead, which is much more digestible.

Have you discovered a hot new track by an Australian act?  Let us know by commenting below or contacting the Australian Times via Twitter and Facebook.