The Charleston challenge: Kerry Fox in The Vortex

INTERVIEW | Ahead of her role as Florence in NoÃ«l Coward’s 1920s classic The Vortex, Antipodean Kerry Fox has been busy practising her Charleston shuffle. 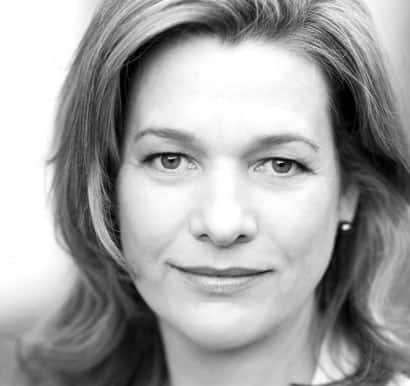 No, I am not talking about a big night out you had recently.

I’m talking about The Vortex starring Antipodean Kerry Fox playing at Rose Theatre Kingston, as it explores themes such as sexual vanity and drug abuse among the upper class.

Written by NoÃ«l Coward and first performed in 1924, The Vortex delves into the unconventional and intoxicating relationship of the decadent, drug- addicted young composer Nicky Lancaster and his flamboyant, nymphomaniac socialite mother, Florence. It is a story of an extraordinary mother-son relationship that goes well beyond standard motherly nagging and fights over a messy room.

Kerry Fox stars as Florence in this Stephen Unwin directed version, alongside the likes of James Dreyfus, David Dawson, Sophie Rundle and Helen Atkinson Wood. With a long list of accolades, including Best Actress at the 1990 New Zealand Film and TV Awards for her role in An Angel at my Table and a nomination for Best Supporting actress at the Australian Film Institute Awards for her role in Bright Star, Kerry is no stranger to starring in award-winning productions in theatre, television and film.

Ahead of the curtains rising for the premiere of The Vortex on 7 February Kerry told Australian Times she has been extremely busy rehearsing for opening night. Although it has been almost 90 years since the play was first performed, she says the themes still resonate today.

“The subject matter of the mother-son relationship and the obstacles that come between them are still extremely relevant to modern audiences,” she said.

Kerry says she has found her role as Florence, a flamboyant socialite mother, both fun and challenging. With two young sons of her own Kerry says the role has taught her what not to do as a mother — essentially to do the opposite of everything Florence would do.

Although The Vortex is being brought to the 21st century stage, the play itself will continue to be set in the 1920s. Through costumes (think dapper and flapper) and dance (think Charleston and swing dancing) the audience will feel as though they have taken a step back into the roaring 1920s as the spectacle of The Vortex unfolds on stage.

With many flamboyant costumes making up her show wardrobe, Kerry says she is excited to be hitting the dance floor once again – this time in 1920s style. The cast have been practising their Charleston step ahead of next week’s premiere.

With the finishing touches being put to costumes, and dance routines perfected, the curtain is almost set to rise on The Vortex 90 years after it was first performed. And with an all star cast, a brilliant script and a timeless subject matter The Vortex promises to still pack an extraordinary punch.

The Vortex is playing at the Rose Theatre Kingston from 7 February to 2 March 2013. Tickets are £12 – £40. See www.rosetheatrekingston.org for details. 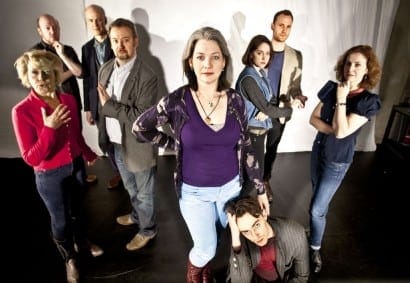