The Cat’s back and set to rock the Empire

Aussie favourites The Cat Empire are about to rock London with two huge shows this week as they embark on yet another epic UK tour. TIM MARTIN caught up with co-lead vocalist and trumpeter Harry Angus to talk London curries, Felix’s dance moves and James Brown. 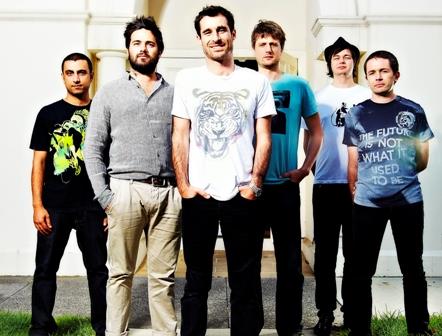 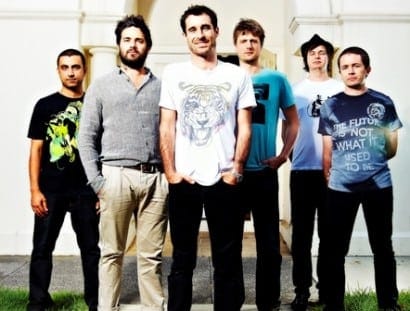 Aussie favourites The Cat Empire are about to rock London with two huge shows this week as they embark on yet another epic UK tour. TIM MARTIN caught up with co-lead vocalist and trumpeter Harry Angus to talk London curries, Felix’s dance moves and James Brown.

Australian Times: This year The Cat Empire celebrate their 10th anniversary. Congrats! What’s changed since you guys formed 10 years ago?
Harry Angus: Over the years I guess the main thing that’s changed is we’ve had to find new ways to keep playing the type of music that we play. Our music is high energy, very positive and celebrational and the challenge has been to find new ways of doing that because as you get older, as things change in your life, it’s hard to keep reaching down and finding that same energy to bring to the songs. But the songs require that of you, they require being able to feel happy on stage so I think that’s been the main journey for us.

Has it been a good journey?
It’s been fantastic! There’s been ups and downs over the years but it’s been a special band to be a part of.

What have been the most exciting parts of The Cat Empire ride?
The travel is good. Playing music, seeing the world. Some of the people we’ve been able to meet and work with along the way like James Brown stand out. James Brown was always my hero and when we toured with him in Australia – I can’t think of anything better than that. Also I guess just kind of really honing this thing that we do, which is the improvised music thing. We’ve got our songs and people know our songs but the band has always been about this kind of thing where we get out on stage and try and invent something spontaneously. Seeing that become something that we’re really good at and maybe we’re better at it than anyone else these days, has been great.

Did you ever dream you would one day be this successful?
It wasn’t something I really thought about much as a teenager learning the trumpet! Maybe if I had chosen the electric guitar I would have had mini dreams of stardom but playing the trumpet, you never really expect to be in front of a roaring crowd, so I guess it kind of pleasantly surprised me.

What is it that audiences love about you guys?
It’s a collection of things; I think for overseas audiences, their experience of the band is tied up with their experience of maybe travelling to Australia and especially in the northern climes, maybe an association with warmer weather, long summers etc. I think people also respond to the fact that we do do something differently every night, the show always changes. There’s always a moment of improvised mayhem that’s unfolding spontaneously before your eyes and that keeps us energised. The crowd can spot that, they can see that we’re not just standing there going through the motions of our songs and wondering whether we left the oven on at home. People come for the dancing and to have a good time and it’s hard not to feel that vibe and get into the mood.

What have you been looking forward to about the UK, particularly London?
It’s a different type of tour for me this time, it’s more of the family man tour as I have a kid now, so less junk food and drinking. It’s going to be a more wholesome tour and I might actually have half a heartbeat left at the end of it! As for the London shows, they’re always awesome, we’ll play to something like 10,000 people over the course of the two nights. They’re very dynamic, the crowds are always up for it. They are awesome.

What do you think of Felix’s dance moves?
He hasn’t done them for a fair while, he’s kind of gone off his Latin playboy moves but they’re good, he’s a good dancer. You have to understand over the years we’ve seen numerous versions of Felix’s dance moves, some of them good, some of them not so good and we have all contributed dance moves that are on some nights inspired and brilliant and on others just kind of ridiculous and that’s all part of the fun.

What is in store for The Cat Empire over the next 10 years?
We’re about to start work on a new record and we’ll just keep playing and writing and touring for as long as we enjoy it I guess and if we don’t enjoy it anymore we’ll call a stop. We’re happy with where we are, we don’t need to be U2 or anything like that, we just want to do what we do. 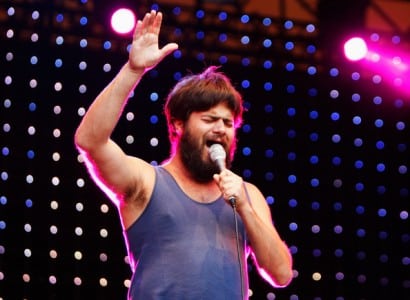 QUICKFIRE QUESTIONS with Harry Angus from The Cat Empire

Catch The Cat Empire at Shepherd’s Bush Empire tonight or Brixton Academy tomorrow and then in Sheffield, Glasgow, Newcastle and Manchester.
For more info, check out TheCatEmpire.com