The Boy With Tape On His Face

Modern day mime with a twist, Sam Wills is The Boy With Tape on His Face. Ahead of the West End run of his critically acclaimed show this Christmas, The Boy talks with ALEX BRUCE-SMITH whilst he still can. 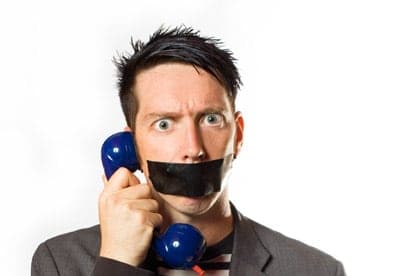 SAM Wills is The Boy With Tape On His Face, a Kiwi comedian who is like nothing else. A mime with noise, or stand up with no talking? The Boy must be seen to be believed. We don’t want to give away too much about his show, but it’s safe to say this comedian will have you in stitches – without uttering a word. Australian Times caught up with Sam to discuss the man behind the tape, the joy of audience participation, and his speedy rise on the comedy circuit to become the must-see London act this Christmas.

Describe ‘The Boy with Tape on his Face’ in three words.

What was it like performing to packed-out shows at Edinburgh Fringe Festival?

It was amazing. We never expected the show to be that well received that fast but once word of mouth got the shows filled up pretty quick. One of the best sounds I have heard is an audience of 750 all get a joke at exactly the same moment.

You didn’t always have tape on your face, and started out performing a more ‘regular’ brand of comedy. When it comes to physical vs verbal, street vs theatre, which style of comedy do you prefer?

I am lucky enough to be able to live in both worlds and have an equal love for both. What was fun was directly after this year’s Edinburgh [Fringe Festival] I was invited to a street performing festival in Germany where nobody had heard of The Boy and I was just another noisy street act pushing my body through a tennis racquet.

Where did the idea for The Boy grow from?

The idea came about after I won an award in New Zealand for my old style of comedy, which was very circus sideshow based with lots of talking. I felt as though people expected me to just learn more tricks and talk more so I wanted to challenge myself to entertain without using what I knew already.

Your shows often feature the audience as much as yourself. What is it that you love about bringing the audience up on stage with you?

It makes it more interesting for me as I am not having to just stand onstage and deliver a script to the audience night after night. I also think that audiences are wanting to get involved with shows as it makes it a less passive experience like television.

What’s the most insane thing to ever happen during a show?

I once dressed a man up as a stripper in Glasgow and once he took off the costume he carried on with his own clothing. Audience loved it.

What has changed about you as a comedian since arriving in London?

From doing more shows over here I think I have become a better silent comedian, just having the chance to do the show so much has given me more opportunities to develop and work on more material. I think with the New Zealand comedy scene being so much smaller it makes it harder to break through the old guard of comedy, but then again comedy will always have it’s clicks and clubs.

What do you miss the most about New Zealand?

Finish the joke: a comedian walks into a bar…

The outcome would depend on which Abar you are talking about. Abar was the first black superman in the 1977 blaxploitation film or do you mean Abar the Nubian Queen from the 25th Dynasty of Egypt?

Who do you admire the most in comedy?

Since getting into silent comedy I have developed quite a love for Buster Keaton. As a comedian he worked on absolutely every detail to get the most out of every physical action.

What do you want audiences to take away from ‘The Boy With Tape On His Face’?

I want the audience to come along and remember what it was like as a child when everyday objects could be anything and 80’s and 90’s music was the best.

The Boy With Tape on His Face will be performing his multi-award winning show at Duchess Theatre from Monday 17 December — Saturday 5 January. For more information see www.theboywithtapeonhisface.com.